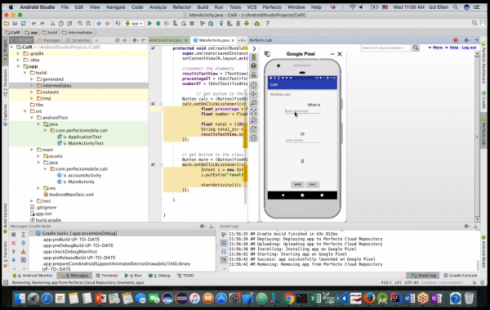 Perfecto has announced new capabilities for mobile app developers to improve their continuous testing strategy. The new capabilities include enhancements to the company’s Continuous Quality Lab and DigitalZoom reporting solution.

The Continuous Quality Lab allows DevOps teams to evaluate the app quality along with parallel execution on virtually any device being used by their customers, according to the company. The lab has been updated with Google’s Espresso and Apple’s XCUI Test frameworks.

According to the company, last year was the biggest year for the program. There were a total of 840 submissions to the program and of these submissions, GitHub resolved and rewarded a total of 121 reports with an average payout of $1,376. The rate of valid reports increased from 6 percent to almost 15 percent. In addition, total payouts saw a substantial increase from $95,300 in 2016 to $166,495 in 2017.

“In 2018, we’re planning to expand the initiatives that proved so successful last year,” Greg Ose, from GitHub’s application security team, wrote in a blog post. “We’ll be launching more private bounties and research grants to gain focus on specific features both before and after they publicly launch. Later in the year, we’ll announce additional promotions to continue to keep researchers interested and excited to participate.”

“The BlackBerry Board of Directors has tremendous confidence in John Chen.  John engineered a successful turnaround and has the company repositioned to apply its strengths and assets to the Enterprise of Things, an emerging category with massive potential,” said Prem Watsa, lead director and Chair of the compensation, nomination and governance committee of the BlackBerry Board.

“To be a useful as a web language, Rust needs to work well with the JavaScript ecosystem,” Lin Clark, engineer on the Mozilla Developer Relations team, wrote in a blog post. We have some work to do to get there, and fortunately that work will help other languages, too.”