PDF 2.0 offers many improvements to the PDF specification 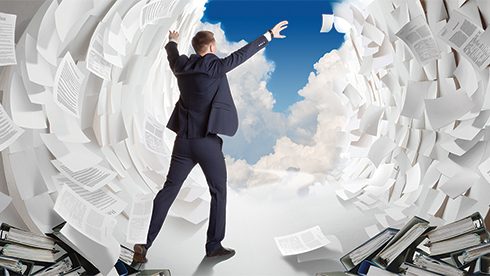 As we continue to innovate in nearly every different aspect of technology, there is one thing that has remained relatively consistent: PDF. That is not to say it hasn’t grown, just that it has been a format that companies have been able to rely on for the past 24 years.

“Anytime there’s a need to deliver a document, or make it deliverable, or produce a version of it that is as it existed at a particular time and date, PDF is just the inevitable file format,” said Duff Johnson, executive director of the PDF Association, an organization that promotes the adoption and use of the International Standard for PDFs. “It has no competition in its niche and its niche is fairly significant.”

Some of the challenges developers have faced when developing for PDF is that the specification gets very complicated. According to Johnson, the PDF specification is about a thousand pages long and is not similar to a lot of other specifications, especially to those coming from the world of HTML.

“PDF has a core syntax that’s very well understood and that has a wide variety of very good implementations,” said Matt Kuznicki, CTO of Datalogics and chairman of the PDF Association. “But there’s a lot to PDF that a lot of people out there don’t know a lot about.” Even though it is fairly easy to get the basics of PDF down, when companies start to want to do more and utilize the full capabilities of PDF, it becomes harder for them. “Not all implementations are created equally so what we find is that the breadth, and the depth, and the quality of support for PDF features in different toolkits and different SDKs can vary quite a bit.”

“A qualified PDF developer must be skilled in a broad spectrum of technologies, including cryptography, computer graphics and compiler construction, and must familiarize themselves with the range of application areas in which the format is used,” said Hans Bärfuss, CEO of PDF Tools.

PDF Tools suggests developers focus on the application-oriented functions of PDF and leave the more basic functions to be handled by a software library. “The easier such a library is to use, the quicker the developer can implement the desired requirements and effective support from the manufacturer plays an important role in this,” Bärfuss said.

Earlier this year, the PDF 2.0 standard was released, featuring many improvements to the format. The new standard was created with the goal of refining the language of the PDF specification and to smooth over areas that were confusing for those that implement PDF, according to Kuznicki.

According to Johnson, PDF 2.0 dramatically improves interoperability for PDF. “Developers can now read the specification, choose to support this or that PDF feature and implement it with very high confidence that other developers also supporting that feature will be reading off the same page, and thus improving interoperability,” he said. “It’s a far better specification, more complete, more detailed, and fully documented.”

“PDF is part of a universe of document formats such as HTML5, SVG, etc., and rather than standing alone, is part of broader multichannel communications,” said Bärfuss. “PDF should therefore be increasingly focused on interoperability with these formats, and include characteristics such as responsiveness. However, it should also not lose its role as an ‘electronic paper’ format.”

Even though PDF 2.0 has been released, work continues to be done to improve it. According to Johnson, the ISO committee that owns PDF met in San Jose at the end of October to discuss their plans for the future, including whether or not to release PDF 2.1 soon or wait until there is a substantial update.  He expects that the 2.0 standard will be the version of PDF that developers continue to implement for next five to 10 years, at least.

“I expect work that happens with PDF past 2.0 will really build on an evolutionary manner on PDFs capabilities while continuing to keep as foundational the notion of being a reliable and a portable document format and a means for people to convey information to others,” said Kuznicki.

“The future for PDF looks very bright, there’s really nothing else on the horizon that can do what PDF does and it’s very clear that PDF meets critical business needs in a vast variety of workflows,” said Johnson.

Datalogics
As a provider of PDF developer and SDK tools, our products enable our customers to expand and enable the increased functionalities of PDF 2.0. We, too, are keen to see the continued progress of PDF 2.0 ourselves and how our customers will develop new and innovative workflows, tools, and solutions for their end users.

We have and will continue to support the PDF 2.0 standard moving forward. In fact, Datalogics donated an initial set of example PDF 2.0 files to the PDF Association to help in their mission of providing technical resources and education to PDF practitioners. Datalogics will maintain active participation in defining the 2.0 standard and supporting its future.

PDF Tools
PDF 2.0 offers a wide variety of new features for various application areas. Some of them have already been implemented in our products and others will be implemented in the near future.

Digital Signatures are an important means to guarantee the integrity and authenticity of  transaction documents. PDF 2.0 has been extended to support ECC-based certificates, CAdES signatures, long term validation, document security store and timestamps dictionaries. These features help to realize separate signature creation and verification processes over a long time period.

Prepress documents now can profit from new features such as use of black point compensation, page-level output intents, external output intents, halftone origins, and extensions to output intents such as mixing hints and spectral data. These features make it easier to process hybrid documents from various sources and for various output devices.

Documents for interactive use may now contain more features such as rich media annotations, measurement and point data, 3D measurements, various go to actions and many more.

Many features have not been mentioned here. Nevertheless, the will be added to our products if the there’s a demand for them in the years to come.

A guide to PDF-management tools

The PDF file format: A work in progress