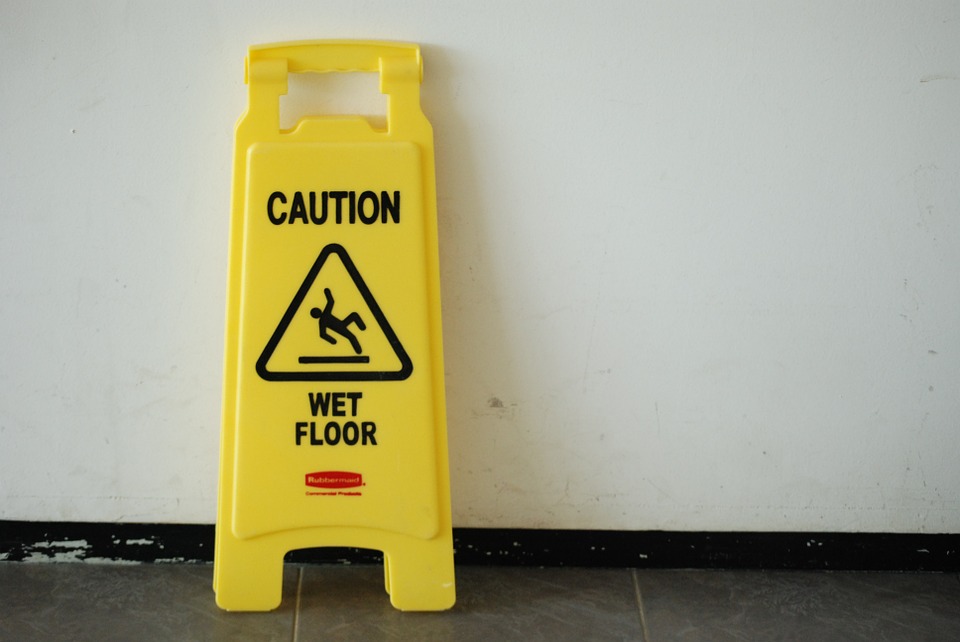 For HP or IBM, excitement is almost a luxury. Enterprises love innovation and new tools, but they don’t like those things appearing without permission. Changes break software, and there’s nothing an enterprise likes more than a piece of infrastructure software that never, ever changes.

For Google, this has long been the biggest problem for its enterprise business: Google moves fast and breaks things, and it’s not uncommon for the software firm to end products that it didn’t deem successful enough, like its search appliance and the Google RSS Reader. Even now, the company has a dozen APIs on the way to depreciation, or already deprecated from Google App Engine over the past two years.

Amazon and Microsoft are increasingly floating their bottom lines with their cloud offerings. It was only a matter of time before other major software firms began to earnestly attempt to compete. While Oracle is now on board and pushing its cloud to enterprises, Google’s been pushing its offerings for almost a decade now.

Why isn’t Google’s cloud as big as Amazon’s, then? It appears Google is finally asking that question, too. At Google Next in San Francisco this week, the company’s primary goal was to prove to the enterprise world that it truly is serious about its enterprise software offerings.

To do this, the company packed its keynote with top-level executives, including Alphabet CEO Eric Schmidt, Google CEO Sundar Pichai, and the legendary leader of the Google Cloud Platform, senior vice president of Google Cloud, and former CEO and founder of VMWare, Diane Greene.

Rather than going for an Apple or even Google I/O style keynote filled with innovative new products and services, her keynote focused on partnerships with companies like Colgate, Disney, Home Depot and SAP. She highlighted Google’s ability to satisfy the demands of some of the world’s largest enterprises.

“The cloud with the best technology is the best cloud, and you want to be on a cloud that’s going to keep you on the edge of technology that’s moving fast,” said Greene. “But all this technology needs phenomenal customer focus. We’ve really doubled down on our customer-facing part of Google. I am super proud today to give you those proof points.”

One of the highlights of her keynote was the repeated success of G Suite. Greene highlighted a rollout to more than 100,000 users inside Verizon, as well as work inside Colgate that turned 20,000 users live over a weekend. The growth of G Suite was the only real indication of solid product growth at Google Next, however. Google did not intimate the size of its over cloud business, nor did it share customer numbers for the Google Cloud Platform.

Greene isn’t the only major hire Google’s made in its cloud group. Looking at the talent on board there, it’s clear Google means to make a major business out of cloud. After buying Apigee last year, the company turned around and hired former Apigee VP of strategy Sam Ramji, who had already left to become CEO of the Cloud Foundry Foundation.

Ramji is now vice president of product management at Google Cloud Platform, where he’s now finished up his first 100 days in the position. He said that he’s had to severely reform some of the ways the team has traditionally worked on projects at Google in order to make things more amenable to enterprise customers.

Ramji started with Google App Engine, which today introduced updates to expand its range of capabilities. He said he had to significantly cut down the release schedule for App Engine to ensure better quality of the individual updates. As a result, today’s announcement is smaller than was was initially hoped for, but it still includes major updates to the platform.

For example, the update offers expanded language support inside App Engine. Users can now use C#, Go, Java 8, Node.js, PHP 5 or 7, and Python 2 or 3 inside App Engine, a major upgrade from the formerly restrained Python and Java environments available there.

App Engine also received better controls for more advanced use cases in this update. It allows developers to SSH into an underlying application instance and get the infrastructure-level information they need to help with debugging and performance monitoring.

Slowing down the release schedule and focusing on more complex use cases may not seem like the way Google has traditionally handled its products, particularly now that the company has implemented a company-wide release schedule of sorts and has asked for reliable update windows for its myriad products. The problem, traditionally, is that Google’s cloud offerings began as a 20% time project, not as a major push into a new business, said Ramji. “That turned into App Engine. There was not a cloud business, and not a business unit. There was no ad revenue or search revenue at the time, and of that team many are still together. They’re passionate about what they’ve built. They’re glad because cloud is going to be an enormous business.”

That means also building out an enterprise service and support business, which Ramji said has already been growing inside Google for years. The trick now is to find the right balance between profitability and long-term support for features in the Google cloud, he said.

“Long-term support rhymes with enterprise,” he said. “You have to know you can do something for an enterprise long term. As for eternal support…at IBM there’s a tape drive they support that’s 50 years old. It’s a question I am asking on a weekly basis. I have to be able to prove we can make a business here. We have to earn everybody’s trust. I think that’s fair concern: We have to define that based on what we hear all of our enterprise customers demand.”

That’s a tough battle to fight, however, for a company that has 12 APIs scheduled for or already sunsetted with App Engine in the last two years alone.

Ramji has started out addressing some of the concerns developers have long had with Google’s enterprise products. Chief among those was that there is no cohesive interface policy at Google: Many tools make it out the door with an engineer-designed UI that does not conform to any particular standards or conventions.

Ramji said that while he’s already moved to fix this problem long term, that what he really needs is “A developer tastemaker. Where’s my Jony Ive of developer experience? We’re bringing that in as a feedback cycle, making sure we’re constraining what we’re doing so it’s easier to understand for developers.”

Thus, he has moved developer relations into the position of gatekeeper for product releases. “They were reviewing releases and sending them out,” said Ramji. “As they’re rolling into Q2, they’re at the front end to make sure the projects will be accepted. Saying ‘Here’s what the experience needs to look like, and by the way I also know 18 [different] things about the Google Cloud Platform as a whole.’ It’s an end-to-end system, and allows us to have internal representation.”

And this gets to the heart of the problem inside Google, said Ramji: The teams are incredibly smart, fairly small, and terribly silo’d. As a result, cross-team collaboration suffers. Ramji said he hopes to remedy this with more processes and teams that cross projects, like developer relations and the new UI team he’s put together under JJ Geewax, a former GE Predix engineer.

Ramji likens his approach to the Total Quality Management approach that became popular in manufacturing in the 1980s. He said that engineering for quality won’t actually slow the teams at Google down, but it will require a new way of thinking about their products and customers.

The team at Google Cloud Platform is hoping the internal changes will also dovetail with some of the changes the platform as a whole has made so far. Today, Google pushed out a public beta of its new Functions, which are standalone event-driven processes that work in a fashion similar to AWS Lambda’s.

Greene’s challenge, now that Ramji is working on the internal development issues with Google’s cloud, is to build the marketplace relationships enterprise software companies need. She’s already done this with SAP by bringing HANA into the Google Cloud Platform.

Perhaps Greene’s biggest challenge, however, is convincing the enterprise world that Google is no longer playing capriciously with its cloud products. “Already we’re winning more than half our deals. We are, at our core, a technology company. Technology is what’s giving our customers the competitive advantage. I will say that Google on the consumer side will take things away, but we cannot take anything away. We have to provide full support. We are here to be a full-on enterprise company, and finding ways of providing backward compatibility,” she said.