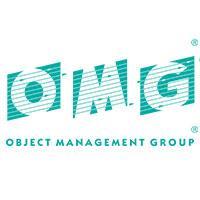 The Automated Technical Debt Measure looks at weaknesses in an application’s source code, and estimates how much it would cost to fix them. This is designed to predict future maintenance costs and avoid outages, breaches or lost business opportunities.

The Languages, Countries and Codes (LCC) specification aims to provide a foundation for financial, commercial, government and academic apps by providing machine-readable representations of countries, regions and languages worldwide. According to OMG, many organizations recognize different standards and codes worldwide, and some of them have not been published. “The OMG LCC standard is designed to fill the gap. It supports the ISO standard language and country codes, the UN M49 region codes, and enables development of other sets of codes using a standard vocabulary and ontology for languages, regions, and countries that users might require. These ontologies are essential for many government, commercial, and academic applications and ontology development activities, ranging from business vocabularies, taxonomies, and nomenclatures, to semantically rich applications, and at OMG, they are required to support the Financial Industry Business Ontology (FIBO) family of standards, among others,” according to LCC’s documentation.

Lastly, the Structure Assurance Case Metamodel specification focuses on the recording and exchanging of design information of safety-critical systems. The 2.0 version is a major version release and addresses the understandability of an assurance case to a third party, the rigor of assurance cases through modeling, and the assurance case analytics and validation.