As companies continue to elevate the role of content delivery across every channel, teams face pressure to build sites that are increasingly demanding. They have turned to open source distributions such as Acquia Lightning to make building enterprise-ready, feature-rich sites faster and maintaining them easier. The latest version aligns Acquia Lightning with the recently released Drupal 8.7.

Acquia partner Igility Solutions turned to Acquia Lightning to incorporate advanced Drupal capabilities more quickly for the sites it builds for customers. “Because Acquia Lightning is aligned to Drupal core’s roadmap, using it provides developers the best long-term opportunity  to be more efficient when building and maintaining Drupal projects,” said Brad Gronek, CEO, Igility Solutions. “We don’t have to reinvent the wheel when using Acquia Lightning; module selection, integration and testing is all handled by the Acquia Lightning team. That means we can focus on experience innovation and spend less of our time and our customers’ money on maintenance and development.” 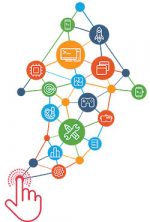 Industry Watch: Transformation can be a monster