Industry Watch: Digital transformation is all about the timing 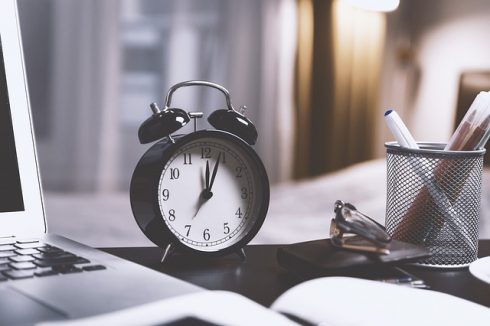 The software development industry is moving fast. Too fast, if you ask me, and for many practitioners I’ve spoken with in the last year at about a dozen events ranging from development to data to monitoring, to DevOps and testing.

The folks I’ve spoken with over lunches, in session rooms and at post-conference socials tell me they attend these events mostly to see what the bigger world outside their organizations is up to. They want to learn about managing container clusters, and continuous improvement, and automated everything, but they say their companies are at most in the exploratory stages.

Part of the problem, as I see it, is that the science is far outpacing business, because they have different goals. It’s the software engineers looking to improve on software and systems from a pure technical standpoint, and the analysts who are always looking to define markets around these ideas, and the vendors who emerge from or latch on to these projects with enterprise versions, who tell the business world that they need to adapt and change to survive.

Business, though, wants to do business, and with the ever-quickening stream of solutions coming down the pike, technology is becoming— to them— more of a business disruptor than facilitator.

First, organizations had to become Agile, because their software iterations were too slow. Then they needed to adopt DevOps, because their competitors were beating them  to the punch. Then, they were told they need a complete digital transformation, replete with a move to the cloud, microservices, containers, citizen developers and what they say is only a ‘minor’ culture shift. (Editor’s note: There is no such thing as a ‘minor’ culture shift. Even a move that the business sees as a little tremor can feel like an earthquake to those affected.)

I had a conversation with Michael Bushong from Juniper Networks at last month’s Gartner IT Infrastructure, Operations and Cloud Strategies Conference, and he pointed out that organizations making these transformations must stop viewing them as a technology effort. When they do that, Bushong said, “they’ll underestimate the complexity and squander their opportunity.” To reiterate, the point of all this is not to update technology; it’s to get to market faster and remain competitive, or risk losing the business altogether.

Often, what that comes down to is timing. Bushong said that “suppliers don’t fail if they’re too slow” to adopt the latest technologies and to enter new markets. “They fail because they’re too early.”

A good example of this is a company I met in early 2015, called Pneuron. The company created an integration platform that utilized individual neutrons (to later be known as microservices) stored in a cortex (a container that distributed messaging) without having to do a lot of aggregation and query writing.

It was mind-blowing to me, and Gartner described it as “jaw-dropping.” However, since the market around microservices and containers hadn’t quite formed yet, the terminology they were using — neurons, cortex — didn’t align with any other conversation. By the time the market began to form, companies like Docker and CoreOS timed their entry better. So, Pneuron never was able to take advantage of the opportunity, because they were too early. I read they were acquired in February and, like the ark at the end of “Raiders of the Lost Ark,” it will likely disappear into the new company’s larger portfolio.

No question, the push to go fast is real. Every time a market drags its feet today, it seems, it becomes another victim of Amazon — which has gone from selling books, to now selling groceries after its Whole Foods acquisition. A headline in the Harvard Business Review claimed, “The Amazon-Whole Foods Deal Means Every Other Retailer’s Three-Year Plan Is Obsolete.”

But if you go too fast, and fail to get the culture in place, the tooling integration and the visibility into the entire process in place, you will have spent a lot of time and money and still missed the window of opportunity.

Clearly, the saying ‘the early bird catches the worm’ does not always apply when it comes to new technology. On the other hand, ‘slow and steady’ doesn’t always win the race. That’s what our industry is wrestling with today.