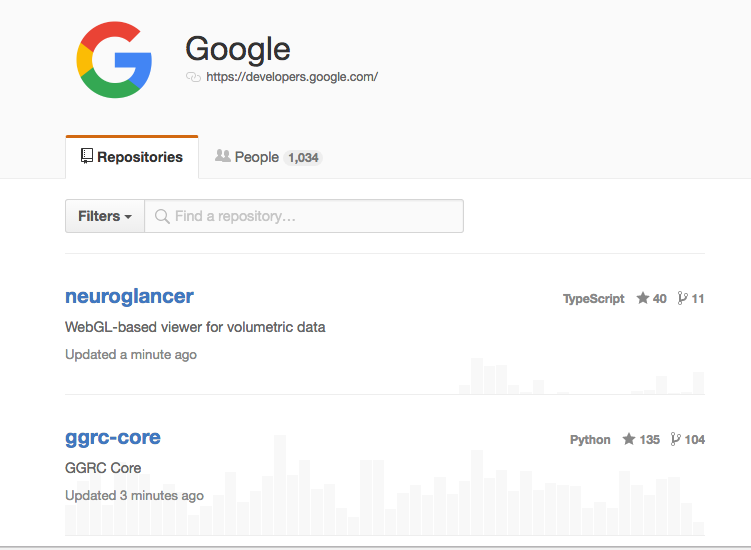 “Open-source software enables Google to build things quickly and efficiently without reinventing the wheel, allowing us to focus on solving new problems,” wrote Josh Simmons from Google’s open-source programs office in a blog post. “We stand on the shoulders of giants and we know it. This is why we support open source and make it easy for Googlers to release the projects they’re working on internally as open source.”

According to the company, its most popular open-source projects include:

Kubernetes: A system for managing, automating, deploying operating and scaling an entire cluster of containerized apps

Polymer: A lightweight library that focuses on reusable web elements

Protobuf: A Language and platform-neutral mechanism for serializing structured data

Based on its GitHub data, the company currently has 3,499 repositories on GitHub. Of those 3,499, 773 were announced this year. The most recent projects include Seesaw, Vendor Security Assessment Questionnaire, OpenThread, Magenta, Omnitone, Science Journal, and Cartographer.

In addition, the company revealed that the most popular languages (in order) from its users are JavaScript, Java, C/C++, Go, Python, TypeScript, Dart, PHP, Objective-C, and C#.