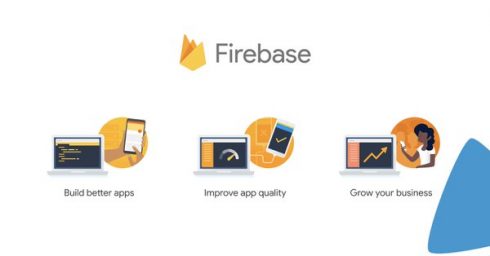 Google’s Firebase announced a series of updates and new features for its mobile and web application development platform in a lead-up to the company’s Firebase Summit in Prague this week, including improvements to the utility’s user interface and machine learning, analytics and reporting capabilities.

The first release is new support for Firebase in Google Cloud Platform support packages. “If you already have a paid GCP support package, our beta will let you get your Firebase questions answered through the GCP support channel – at no additional charge,” Francis Ma, head of product at Firebase, wrote in the announcement. “When this new support graduates to general availability, it will include target response times, technical account management (for enterprise tier), and more.”

Additionally, Firebase has released emulators for Cloud Firestore and Realtime database, which will allow developers to test applications that would run on those servers locally, the company explained.

Upgrades to the platform’s configuration tools includes the introduction of the Firebase Management API, a REST API that lets you programmatically manage projects and apps, and allows for Firebase apps to be hosted within the StackBlitz and Glitch web-based IDEs, which have incorporated support via the API.

This also includes integration for Cloud Functions and Firebase Cloud Messaging in the platform’s Remote Config tool, allowing users to “notify your apps in near real time when you publish (or rollback) a new config,” Ma wrote. “This reduces the set-up complexity of Remote Config and uses less bandwidth on devices because apps only need to fetch when a new config is available.”

Releasing into beta today is “face contours,” which allows for Google’s ML Kit facial recognition tools to detect more than 100 points of detail on a face. “The face contours functionality empowers apps to easily overlay masks or accessories on facial features with high fidelity and accurate positioning, or add beautification elements, like skin smoothing or coloration,” Ma wrote.

Additional ML updates include the release of Firebase Predictions into general availability. The utility allows users to incorporate ML and analytics data to “create user segments based on predicted behavior,” Ma wrote. “Without requiring anyone on your app team to have ML expertise, Predictions give you insight into which segments of users are likely to churn or spend (or complete another conversion event) so you can make informed product decisions.” The release also includes a new details page which will show users how the ML model came to its conclusions and how that compares to traditional user behavior.

Also leaving beta and entering into general availability is Firebase Test Lab for iOS, which Ma explained features an expansion of Firebase’s “iOS device farm, “added support for iOS 12 as well as for older iOS versions, and integrated the UI for iOS into the Firebase console.”

The analytics capabilities of the platform received a number of updates. The first is the Performance Monitoring dashboard, which provides detailed visualizations of events and statistics. “Now, you can dive into an individual trace session to see exactly what was going on when a performance issue occurred,” Ma wrote.

This follows Firebase’s integration of Crashlytics with BigQuery, leading to the newly announced Data Studio template, which will provide users with a detailed template to get them started on customizing and sharing reports.