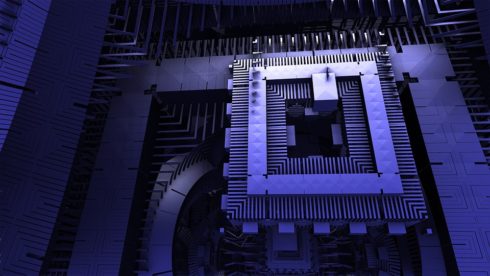 Google researchers announced that they have achieved quantum supremacy by using a quantum computer to solve a problem that would take an average computer an impractically long amount of time to solve.

Their quantum computer correctly performed a computation in 200 seconds that would have taken the most powerful supercomputer thousands of years to accomplish, according to Google.

“For those of us working in science and technology, it’s the ‘hello world’ moment we’ve been waiting for—the most meaningful milestone to date in the quest to make quantum computing a reality,” the research team wrote in a blog post.

The office aims to help global enterprises adopt effective software, systems, networking and storage to increase the number of strategic opportunities an organization is capable of responding to.

“The Global Transformation Office formalizes and matures our commitment to delivering the software, the skills and the expertise required to serve as a change catalyst for global IT organizations, founded on the success and demand for our regional Transformation practices,” Red Hat wrote in a post.

The GraphQL Landscape is a dynamically-generated tool designed to help explore the burgeoning GraphQL community of projects, adopters and member organizations.

“I’m thrilled to see this influx of multi-industry support for GraphQL and a commitment to increase developer productivity, showcased throughout the impressive and growing landscape,” said Lee Byron, Director of the GraphQL Foundation.

Jumio Go was built to remove friction from the user onboarding process, while still fighting online identity fraud and meeting AML and KYC compliance mandates, according to the company.

“Jumio Go leverages the power of big data and big AI to equip modern enterprises with instant online identity verification that delivers a simple and intuitive experience for good customers. Just as importantly, Jumio Go prevents bad actors and bots from creating fake accounts thanks to our embedded liveness detection, which is a powerful deterrent for fraudsters and cybercriminals,” said Robert Prigge, the president of Jumio.

The full details on the new solution are available here.

This includes an ASP.NET Core Beginners Workshop and an eShopOnWeb tutorial, where developers can learn by using a sample application demonstrating a layered application architecture with a monolithic deployment model.

The full details on the new learning resources are available here.