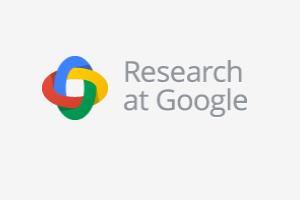 One of Google’s latest projects is the Magenta project, an effort to generate music, video and images using machine intelligence. It’s also an open-source library for machine learning, part of the Google Brain team, using TensorFlow.

The big question Project Magenta tries to answer is, “Can machines make music and art?” If this is possible, the Google team wants to learn how, and if it cannot, they want to know why.

Douglas Eck, one of the research scientists working on Magenta, wrote that before Magenta, he worked on music search and recommendation for Google Play Music. His goal in this area was to “use machine learning and an audio signal processing to help listeners find the music they want when they want it.”

The group behind Magenta will look at algorithms that can generate music, and then later move onto video and visual arts. Eck’s inspiration for the project came from Google Deep Dream, a way for researchers to look at how their artificial intelligence algorithms perceived objects by asking them to generate images, according to Popular Science.

Redfin announces React Server
Redfin has open-sourced its React Server, which ships with seamless server rendering, and a “snappy” user experience, instead of having components load into place out of order, according to a blog post by Redfin.

Developers also get incremental builds from a Webpack development server, along with transpilation with Babel, which allows the use of ES6 and ES7 features. Developers will get compression and minification with npm and Uglify for faster page loads. Developers can also use Redfin’s Yeoman generator to scaffold out new projects.

React Server is based on the popular server stack for Node.js Express, which Redfin said it has been using in production for more than a year.

Nokia to lay off more than 1,000 jobs
Nokia has confirmed layoffs in Finland, coming across all business units, including its headquarters in Espoo. The majority of the 1,032 cuts will be finalized by this summer.

The layoffs come as the conclusion to a formal process that started back in April, when Nokia first said it would lay off up to 1,300 people in the country. Nokia is offering those laid off the new Bridge aid program, designed to help them find new work outside or inside the company.