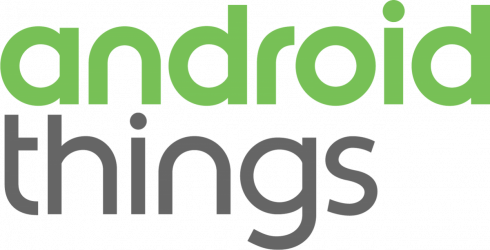 Google has announced Android Things is leaving developer preview. Android Things 1.0 with long-term support for production devices. The company is also adding support for System-on-Modules and releasing development hardware and reference designs for them in the coming months.

“Android Things is Google’s managed OS that enables you to build and maintain Internet of Things devices at scale. We provide a robust platform that does the heavy lifting with certified hardware, rich developer APIs, and secure managed software updates using Google’s back-end infrastructure, so you can focus on building your product,” Dave Smith, developer advocate for IoT, wrote in a post.

Google will continue to provide software updates over-the-air to ensure that all Android Things remain secure. Automatic updates are enabled by default, and Google will provide free stability fixes and security patches for three years.

The Android Things Console has a new interface for configuring hardware peripherals. This will allow build-time control of Peripheral I/O connections available and certain device properties, such as GPIO resistors and I2C bus speed.

Google releases Flutter 3 Beta
Google has also announced the release of the third beta of Flutter. Flutter is Google’s mobile app SDK used for creating high-quality, native user experiences on mobile. Majors parts of Flutter’s engine has been rewritten for performance and support has been added for Windows development.

“We believe mobile development needs an upgrade. All too often, developers are forced to compromise between quality and productivity: either building the same application twice on both iOS and Android, or settling for a cross-platform solution that makes it hard to deliver the native experience that customers demand. This is why we built Flutter: to offer a new path for mobile development, focused foremost on native performance, advanced visuals, and dramatically improving developer velocity and productivity,” the Flutter team wrote in a post.

Ursa Labs has launched
Ursa Labs has announced its launch, with the goal of leveraging more efficient and scalable in-memory computing to empower and accelerate the work of data scientists. According to the company, many data science tools do not utilize modern hardware.

“Much effort in the ecosystem has focused more on deep learning and problems related to machine learning, leaving fundamental issues in data access, data manipulation, exploratory data analysis, and feature engineering comparatively under attended,” the team wrote in a post.

Most of the team’s work so far has been in the Apache Arrow project, but the team hopes to expand and create software artifacts that are more focused on the data science domain.

“FRL brings together a world-class R&D team of researchers, developers, and engineers with the shared goal of developing AR and VR across the spectrum. We’re creating new possibilities across the full span of how people interact with these new technologies. There are a lot of hard problems in VR and AR, but they’re all solvable, and they are going to get solved,” he wrote.