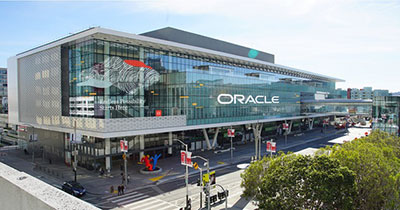 Oracle announced the general availability of a completely autonomous operating system at Oracle Code One and Oracle OpenWorld, which kicked off this morning in San Francisco. Both events are focused on developers, with Code One featuring more hands-on workshops, and OpenWorld featuring more panels and discussions on the future of development.

The big announcement this morning was that Java 13 is now available, but the company has also made a number of other announcements.

“Autonomous Linux is a service that’s very similar in concept to the Autonomous Database service that was launched last year. In terms of Autonomous Linux, what we’re doing is basically managing the operating system for you,” said Wim Coekaerts, senior vice president of software development at Oracle.

Along with Autonomous Linux, Oracle announced Oracle OS Management Service, which is a highly available Oracle Cloud Infrastructure that allows users to pick which servers are automated and which are controlled manually.

Oracle OS Management Service can be used to eliminate manual tasks like patch and package management, security and compliance reporting, and configuration management.

Together, these two solutions provide automated patching, updates, and tuning. This includes 100 percent automatic daily security updates to the Linux kernel and user space library. In addition, patching can be done while the system is running, instead of a sysadmin having to take systems down to patch them. This reduces downtime and helps to eliminate some of the friction between developers and IT, explained Coekaerts.

Autonomous Linux and OS Management Services are included with Oracle Cloud Infrastructure services. They come with Oracle Premier Support at no additional cost.

Using the free tier, developers can build applications with any language or framework on top of Oracle Cloud Autonomous Database and Oracle Cloud Infrastructure.

“We are thrilled to offer Always Free Oracle Autonomous Database and Oracle Cloud Infrastructure,” said Andrew Mendelsohn, executive vice president of database server technologies for Oracle. “This enables the next generation of developers, analysts, and data scientists to learn the latest database and machine learning technologies for developing powerful data-driven applications and analytics on the cloud.”

Oracle also announced Data Safe, which is designed to detect gaps in a company’s security measures. Data Safe will provide visibility into security issues with data, users, and applications, as well as recommendations on how to contain security risks.