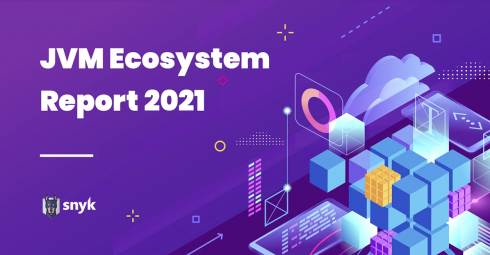 Previous reports of the Java community found that developers were still mainly using Java 8 and didn’t adopt newer versions, but according to Snyk’s JVM Ecosystem Report 2021, that is starting to change. This year, 61.5% of respondents are using Java 11 somewhere in production, and almost 12% are using the latest release, which was Java 15 during the survey.

“This is huge, because it shows that developers do upgrade their Java version beyond Java 8 to some extent. The mantra that most Java developers are comfortable staying on Java 8 seems to be slowly breaking apart,” Snyk stated in the report.

However, half of the Java 11 users which is currently the most used version still use Java 8 in their production stack.

The JVM Ecosystem Report 2021 was conducted over a period of six weeks through February and March 2021, gathering the responses of over 2000 Java developers.

In addition, almost half of developers (44%) use the free AdoptOpenJDK distribution in production as one of their JDKs and 48% use it in development.

Oracle is still a big player in the market with 28% of developers using it for their OpenJDK build and 23% for the commercial OpenJDK. The third most popular supplier of JDKs in production is Azul, at 15.5% adoption.

The survey also found that 37% of respondents said they are using at least two different JDKs and 12.5% even use three or more different JDKs in production.

Other findings are that Java is still by far the most popular language by a long shot and Snyk stated it will probably remain that way in the foreseeable future and that JetBrains IntellIJ IDEA still remains dominant as an IDE in the Java ecosystem.