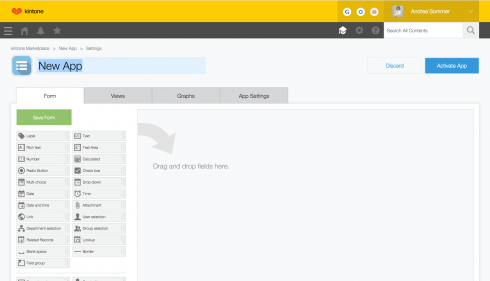 When low-code and no-code tools first hit the market, developers were nervous. Their fear, of course, is that line-of-business workers would be given tools that could allow developers to be replaced. Or worse, that they’d be called upon to fix the problems created by citizen developers when they tried to go too far and messed everything up.

And if there’s one thing that really grinds developers’ gears, it’s being pulled away from innovative work to help complete tasks they consider menial.

Laurel Kline, head of the U.S. developer network of no-code solution provider Kintone, sees it another way. “No code is a great solution that keeps developers from having to do boring work,” she said. “I think of it as ‘Never code a boring Twitter dashboard again.’”

Elaborating on that point, Kline said that when “quote-unquote citizen developers” can create their own business apps, developers are free to work on more challenging and complex projects. “Even with no-code being this really useful tool, there still is only so far you can go with it. There’s only so much unique customization or interesting edge cases you can do with a no-code solution. But that kind of boring, everyday building blocks—requests from HR to build something, that kind of thing—lends itself well to the no-code platform. And developers are freed up to do that really interesting edge case, that stuff that no one has ever coded before, which is what they really enjoy doing most.”

Kintone was launched in 2011 by its Japanese parent company Cybozu, founded in 2001, and now a leading office productivity software provider in Japan. Kintone was created as the company’s first foray into cloud-based software-as-a-service, and has been the company’s biggest growth arm since its initial launch, Kline said.

“Even with these nice building blocks, there are still times when you need additional work on top of that to address that kind of weird edge case that maybe we haven’t taken into account,” she explained. “That need to customize the business apps your HR person or your marketing department is building. Some integration on top of that we haven’t put together yet, some obscure case, like in the restaurant industry, where there are certain tools that everyone uses to handle their food purchasing, and handle their posting of menus online. Maybe we haven’t put together that component and it’s something that a third-party developer could do. And because this kind of functionality is crucial to our customers’ businesses, they are willing to pay for that, and that’s the important thing. A developer can do an integration and actually sell it, a one-time purchase or a subscription, because if the developer’s not able to make a living, he’s not going to stay on the platform.”

Kintone is a no-code solution in a low-code marketplace. Its solution covers both. Kline explained: “The way that I see it is no-code is that pure drag-and-drop, you know, you’re never touching JavaScript, you’re not touching any CSS, you’re just using the building blocks here, so form fields, and what you’re doing behind the scenes is you’re using a dropdown to change the data type, setting up workflows without touching any code, you’re sort of dragging elements and connecting them to each other. And the low-code aspect is when you build a little bit on top of that, what we call our customizer, so customizing it, changing the interface, making it more fluid, or customized for your company’s type of solution, using JavaScript and CSS.”

The no-code solution hides what happens behind the scenes from users, so they can change or add a text field without having know they’re actually manipulating data types, Kline said.

But it’s the ability to customize and add on to the out-of-the-box application building that gives the solution real power. “I’ve actually created sort of an elaborate product release application for myself,” Kline said. “We’re tracking releasing new add-ons to the platform and as we’ve been going, and as I’ve been learning how Kintone departments are different from other companies’ departments, I’m able to change and switch the business logic or the fields that I want to track. When I want to add structured data versus what can just be sort of blah in a note field, it’s incredibly helpful that it’s really just a matter of a minute to add a new field, to make something else required, to change the list of departments that might actually be the ones to code this app, or we’re using this team as a developer, or we’re using this partner as a developer to get these add-ons created and released. I’m just thinking of other companies where it was such a big deal to have to, you know, ‘Oh, we can’t start having API requirements documents because it’s going to take us a week to have someone code a new field into the system and test it.’ I’ve experienced these personal benefits from that.”

For developers, the benefits of a no-code solution are the offloading of what can be considered menial tasks and the ability to add functionality to the platform to deal with specific, one-off use cases. To learn more, visit www.kintone.com.