Is low-code/no-code conducive to CI/CD? 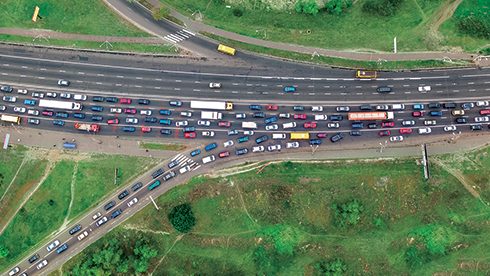 Organizations are maturing from Agile to DevOps and CI/CD with the goal of releasing higher quality software faster. However, the need for speed has not necessarily been reflected in a shift from hand-coding to low-code development.

“DevOps has always been focused on this hand-coding mentality,” said Jason Bloomberg, founder and president of industry analyst firm Intellyx. “It’s increasingly difficult to do DevOps without low-code because the hand-coding is the bottleneck.”

As with all other tools, low-code/no-code platforms are adding machine learning and AI capabilities to increase coding efficiency, but they still aren’t capable of handling every nuance enterprise application development and delivery entails. Generally speaking, organizations are happy to talk about their CI/CD efforts or their low-code/no-code development efforts, but it’s a rare occurrence for organizations to talk about both simultaneously, at least for now.

“A lot of times the tools to continuously deliver are built into the product. But those tools become inefficient when you try to do something that the tool isn’t expressly designed to do,” said Justin Rodenbostel, VP of delivery at digital transformation agency SPR. “As long as you can run it on the command line, you can automate it and you can schedule it to run continuously or based on some hook. Doing the same thing with low-code/no-code tools is totally dependent on the capabilities of the individual tool, so you’re coupling your CI/CD capabilities with the low-code/no-code tools that you’re using whereas in the custom dev world, those two things can be totally separate. You can use the same CD tools to deploy everything or you can have everything use their own CI/CD tool. There’s a limitless number of combinations there.”

“When things become too complicated or when you need to grow out of the low-code/no-code solution and replace it with something custom, that’s when [low-code/no-code] tools lose their value proposition extremely quickly,” said Rosenbostel. “If you have a complex environment to deploy to, you’re going to run into roadblocks. If you have heavy regulatory constraints, SEC or the Department of Energy, you’re going to run into big problems. Anytime you have to do something out of the ordinary, buyer beware.”