Low-code is the heart of modern software development 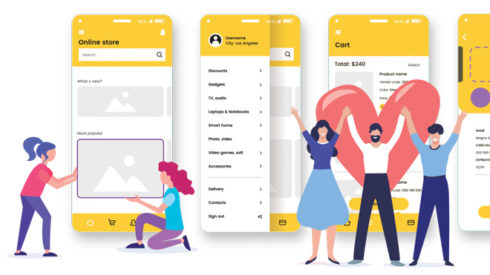 Low-code tooling has long been seen as a way to get business users involved in the development process, or to help developers augment and speed up their own development process. Now those two groups are working together and using low-code at the heart of modernization efforts.

Though often low-code is talked about as a way for business users to develop applications, when low-code first started it was all about developers, John Rymer, vice president and principal analyst at Forrester, explained. Low-code allowed developers to speed up their development life cycles because not as much manual work was needed. About two or three years into its lifespan is when low-code branched off to focus on empowering business users, Rymer explained.

Today, business users are actually using low-code to work alongside developers. Business is moving faster than ever and competition is at an all-time high. On top of that, organizations are realizing that they simply don’t have enough developers to accomplish everything they would like to accomplish, and low-code is a way for them to close that skills gap.

“People started to see that if they really wanted to deliver all of the software they needed to digitize their operations, there was just no way in hell they were gonna do it by relying solely on developers,” said Rymer. “There are just not enough developers in the world, and a lot of our clients can’t find the developers they need, and so some of that work they concluded was going to be best done by business people, given that they had the right tools, the right platform, the right training, and the right support.”

Organizations are using low-code to build complex applications. “Low-code can be used to solve very complex problems,” said Mike Hughes, product evangelist at OutSystems. “A lot of people don’t believe that still. They kind of relegate it to toy apps or more of the case tools of the 80s and 90s. But the reality is that organizations are running their business on low-code platforms now. The level of sophistication of what’s being built is rising.”

In their most recent low-code Magic Quadrant, Gartner predicted that more than half of development over the next few years would be done using low-code solutions. “No-code and low-code are kind of converging into just platforms that allow organizations to move faster,” said Hughes. “And the sophistication of what you can build, the upper limits are being pushed all the time to where hand-coding for very, very sophisticated applications may not be the only viable approach. Low-code can solve that problem too.”

Organizations are not just using low-code to create new applications, but also to modernize their legacy applications. As legacy systems start failing to meet the need of the business today, they need to be extended and adapted. Jay Jamison, chief product and technology officer at Quick Base believes that low-code can provide that extension and adaptability.

According to Rymer, about 15% of organizations that Forrester has spoken with are using low-code to take on mission-critical projects, such as reinventing core business systems like billing, scheduling, and payments. He believes that in the next few years we’ll see more and more of that trend.

Cross-functional teams are key to low-code success
One crucial element of successful low-code implementation is the colocation of business and IT teams. According to Hughes, in traditional software development, business would define a need and project and IT would go scope out that project. They might return with an application 18 months later with little to no communication with the business team in that time, and by the time they delivered the application, the need had changed, making the application no longer relevant or necessary. “We’ve seen the need to be more agile,” said Hughes. “But low-code increases the pace so much that it does create pressure on the business now to be able to provide input on a much more regular basis.”

Organizations have to think about how they can better align their business and IT teams, and in some cases remove the distinction between the two altogether. “Some of our customers would not even say that they have business in IT anymore,” said Hughes. “It’s just they have teams working on products, cross-functional teams, some have more of a business side, some have more of a technical side. But they’re making decisions together.”

These cross-functional teams should, according to Jamison, include both subject matter experts at the edge of the business that know what the problem is they are trying to solve, and IT professionals that have knowledge around data security, user security, and management and governance of applications.

Jamison also recommends these cross-functional teams take the time to discuss what the process is today and what the ideal state of the process should be down the line. “What we find is customers will often say ‘hey I want to go get this application built right away and I want to move super fast,’ which we can do,” said Jamison. “But often in moving super fast, what’s great is it starts to draw out conversations with customers saying ‘Hey, we want to adapt the application to add this component or change this flow slightly.’ And so that works great in the sense of getting something stood up quickly and iterating very fast based on what new requirements are uncovered.”

Jamison believes that organizations who set up these cross-functional teams early on will have the most success. “The sooner you get those teams pulled together, the faster you can get something stood up and the faster you can iterate productively to the application that you’re looking to build,” he said.

In addition to these cross-functional teams being able to provide input on projects at a faster pace, the increased speed of development also requires that teams have the ability to measure success quickly, Hughes explained. “You need to understand what are the metrics you’re trying to hit and how quickly you can move,” he said. “If you think about the journey of a consumer, for example, how do you optimize that journey? You need almost immediate feedback on their experience. You need to understand the different touchpoints. There’s a lot of data, so thinking through all of the business metrics, what does success look like and how do you iterate rapidly. The feedback loop, it’s not just the business saying ‘well I think it should be blue instead of red,’ it’s really taking the evidence that you’re now collecting because you’re trying things very, very quickly. and being able to make decisions on that.”

Governance is baked in
One thing that is important to consider when dealing with low-code solutions is how your organization is going to handle governance. If you’re enabling business users to create applications on their own, then you need to be sure that IT has a way to centrally manage that.

Shadow IT continues to be a big issue within organizations, with a recent survey revealing that 62% of respondents had created at least one account without telling IT. According to low-code platform providers, however, governance is often baked into the solutions. For example, in OutSystems’ platform there are controls that allow admins to create users and groups and assign them permissions.

Jamison explained that governance has to be a mix of a “people, process and technology-oriented solution,” and that it’s not a one-size-fits-all approach. For example, he has seen governance models range from a centralized model where IT builds the applications and governs and manages them, to organizations where low-code tools are pushed to the edges of the organization and only data principles and management are governed by IT.

Another part of governance is governance over application architecture. Low-code solutions provide a lot of control over architecture, so it’s important that there’s oversight so that users are not creating “architecturally inappropriate structures,” said Hughes. “You aren’t generating bad code, but people can make architectural decisions that perhaps are not optimal, and we’ll warn people during the build process, and then we have this ability to also introspect the entire portfolio application so the architects can see everything’s green, or these things aren’t green but we don’t care about those, they’re just temporary projects, they’ll be gone in three months, they’re not strategic. So being able to have a visual representation of the technical debt within your portfolio is critically important from a governance point of view as well,” said Hughes.

According to Rymer, low-code has the potential to also directly help with the pandemic, as new systems are needed to track testing, both initial tests to determine if someone is COVID-19 positive and antibody tests to determine immunity in the population. “They’re going to have apps that they need for vaccinations and all that stuff,” said Rymer. “This is needed now. You can’t take six months or three months to deliver this. They need it now. And so they’re turning to low-code for these kinds of solutions. In the financial sector and in the government sector, there’s new government support here in the US. There are no systems in the US to distribute those payments that are included in the [stimulus] bill to how many million people. Those have to be built fast. This is a moment for low-code to really shine or not.”