USF goes all in on low-code 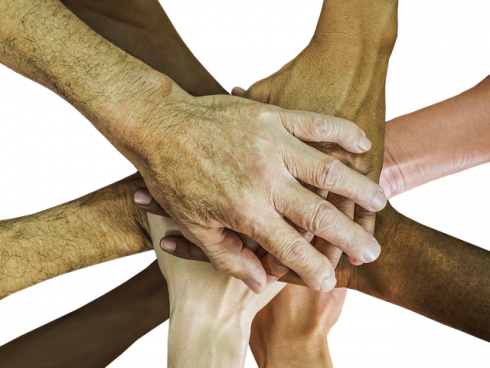 What if 70 percent of the people developing apps for your organization never studied computer science? Such is the case at the University of South Florida (USF) where low-code development is central to its development strategy.

The impetus for the switch from traditional development to low-code started five years ago, when it became apparent that just about everything USF does could be accomplished using a series of workflows and forms versus custom development or off-the-shelf software. At the time, the university used Appian. Much has changed in the past five years, including who’s developing USF’s applications. What hasn’t changed is the brand of tool they’re using.

RELATED CONTENT:
Low-code for mobile: Toys or tools?
Low-code’s a rapidly rising sector, but will it disappear?
Low-code/no-code development heats up

“Students are natively mobile, but we’re also using multiplatform low-code for professors and people who are traveling. We like it because it’s code once and use it everywhere so if you need mobile, we have it and if you need desktop we have it,” said Sidney Fernandez, system VP for technology and CIO at USF.

The main benefit of low-code use has been speed. Fernandez said apps can now be developed in two or three months that would have taken years to build before. Moreover, the apps are instantly mobile.

“That’s a big deal for us because we have students who need the same experience whether they’re booking an appointment with a counselor or looking up class notes,” said Fernandez. “We no longer have any custom developers. Everyone is now using low-code with a service bus underneath, which brings everything together.”

Another reason low-code works well for USF is because it hires students for app development. There’s a 70/30 split between students that are not computer science or management information systems (MIS) majors and those who are.

“We train them on understanding the business problem and then it takes them about three months to become decent developers,” said Fernandez. “In addition to improving the speed of development, we’ve also benefited from architectural simplification, so I don’t need a significant DBA or DevOps presence to make this happen. We’re releasing new solutions every couple of weeks.”

The most astute low-code developers have proven to be mechanical engineering and industrial engineering majors, although the university has had “decent luck” with MIS students since they’re trained from an analyst’s point of view. However, computer science majors are required for the integration part, which typically means pulling data from other systems into the low-code platform. Architects are also still needed to ensure app scalability.

“Four years ago, we didn’t really need architects because our platform was small, but now we’re serving 55,000 students,” said Fernandez. “When you have solutions that depend on each other, you want to be careful with the architecture.”

USF uses some of the mobile-specific capabilities of the low-code platform such as integrating camera functionality into an app, so employees can capture pictures of receipts while traveling. USF can also extend the low-code platform if it chooses to do that. Meanwhile, more modern features are being pondered, such as chatbots that are integrated with the platform.

The future is low-code
The rate of technology change generally has not gone unnoticed at USF. In fact, Alice Wei, head of Innovation and Transformation sees low-code as a shield against rapid change not only for business users but developers as well.

“If you spend six months developing an app and then end up realizing the requirements were incorrect, that’s six months you’ve wasted. It doesn’t matter how beautiful your code is or how well it’s architected, it’s still going to be unusable shelfware,” said Wei.

When USF started using low-code it expected traditional developers to use it. Not surprisingly, many of them were frustrated by the level of abstraction that obscured what was actually happening, so many of them opted to leave.

“We’ve had to rethink our marketing and recruitment strategy because we know a lot of the traditional computer science students aren’t being trained to think of low-code as the next evolution of programming. Instead, it’s seen as a threat or any kid could do it,” said Wei. “They’re missing the point. It’s changing your skill set so instead of fixating on syntax and quality, flow and the right logic, you’re more validating that the software is working and whether it’s what the customer requested.”

In Wei’s view, traditional skill sets are best applied in situations where developers are building something that requires custom code, versus a university environment that’s basically trying to optimize workflows and processes.

“We realized we were not building anything original,” said Wei. “In higher ed, the workflows aren’t original enough that you need custom development from scratch. That’s a lot of overhead.”

So far, USF hasn’t wanted to do anything the low-code platform couldn’t handle, other than the data integration and architecture work that are handled by computer science students.

“I think things are moving faster than people expect in terms of low-code/no-code systems being able to do relatively complicated things. We wouldn’t have expected [those capabilities] before when we started our coding careers,” said Fernandez. “A lot of low-code projects tend to fail because they’re niche projects versus transforming the company. It needs to be part of the general enterprise strategy for it to be extremely effective. That’s a critical success enabler.”