Low-code’s a rapidly rising sector, but will it disappear? 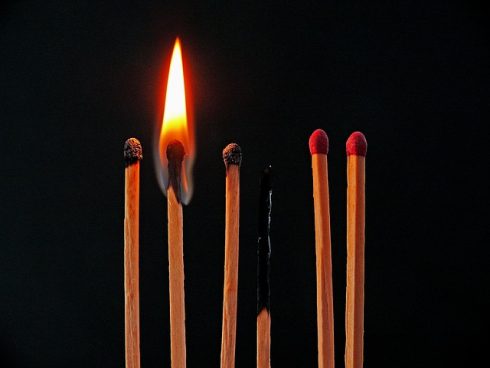 Every week, we have one or two “briefing days” in which we schedule as many as eight one-hour discussions with various technology vendors in our broad coverage area that spans everything from cognitive to customer experience platforms — and everything in between.

It’s always fascinating to see the mix of companies we talk to week-to-week.

But there is one technology sector that’s always on the list: low-code development platforms.

These platforms, which enable enterprise and mid-market organizations to create bespoke applications using visual development interfaces and little-to-no coding, are multiplying at an incredible rate.

RELATED CONTENT:
Low-code for mobile: Toys or tools?
USF goes all in on low-code
Low-code/no-code development heats up

We work with many of the major players in the market and watch this space carefully — and yet, rarely does a week pass without a new company showing up on our radar.

While this remains a nascent market space that is continuing to evolve (the major analyst firms are still fighting over what to call it!), it is clear that it is now crossing into the mainstream as more enterprises become comfortable with the low-code mantra and are beginning to adopt low-code approaches in various forms.

After all, a steady stream of new market entrants is the most definite sign of a growing market space.

There’s a dark side, however, to the rise of the low-code market: it may be rising right out of existence.

Low-code’s rising star
In an article I wrote at the end of 2017 entitled, “Is it the end of coding in the enterprise?,” I examined the impact that low-code was having on the nature of software development in organizations, and concluded that hand-coding would eventually go the way of punchcards.

The continuing evolution of the space in the year and a half since has only made me more sure of this eventuality.

The critical insight from my article research was that it is an organization’s “deep understanding of the market, their algorithms and their proprietary business logic that provided the competitive value” — not its ability to code.

Coding is, and always has been, a means to an end. The goal has been to create software that solved a business problem and created some form of competitive advantage in the market. The fact that organizations had to employ people to write code to do so was just the cost and complication of creating that advantage.

The power and flexibility that modern low-code platforms bring to the table enable organizations to realize the benefits they have always sought, but with the advantage of being able to create and change applications more rapidly, and to engage non-coders in the development process.

It’s an enticing promise that is winning converts across the enterprise spectrum — particularly as these platforms demonstrate that they can meet ever-more-complex and intricate needs.

The message heard wide and far
While the uptake within enterprises is good news for the growing low-code market, it comes with a potential downside. As enterprise leaders have warmed to this new development approach, vendors from across the technology spectrum have taken notice.

Everyone, it seems, got the memo.

It turns out that it wasn’t only the traditional hand-coding process that could benefit from this low-code approach.

Across the enterprise technology landscape, there is pent up frustration about the complexity of managing the technology stack and the difficulty in creating automation. There is also a growing demand to leverage technology across a vast swath of business processes and customer-facing interactions that don’t fall neatly into the traditional definition of application development.

As a result, there has been a mad rush to embed low-code approaches into every type of technology imaginable.

Every week, we have one or two “briefing days” in which we schedule as many as eight one-hour discussions with various technology vendors in our broad coverage area that spans everything from cognitive to customer experience platforms — and everything in between.

It’s always fascinating to see the mix of companies we talk to week-to-week.

But there is one technology sector that’s always on the list: low-code development platforms.

These platforms, which enable enterprise and mid-market organizations to create bespoke applications using visual development interfaces and little-to-no coding, are multiplying at an incredible rate.

We work with many of the major business process management platforms, as well as solutions for data integration, data science, content management, analytics, robotic process automation, and cognitive platforms, among others.

In fact, it’s getting hard to find a technology sector that is not embracing the low-code ethos to one degree or another.

And across the board, the reason is the same: organizations need the ability to deploy, manage, and adapt technologies and automation strategies as fast as possible — and the more technical complexity that’s involved, whether in the form of coding or arcane configuration, the harder that becomes.

The enterprise and vendors alike are increasingly seeing the low-code ethos as the pathway to the future.

But while that is good news for the enterprise, and a win on the philosophical front for low-code players, it could spell trouble for them in the long run.

Low-code’s focus problem
When the whole world has gone ‘low-code,’ what will it mean to be a low-code platform?

Admittedly, we’re years away from this scenario. Most of the enterprise technology stack remains mired in the complexity and rigidity that low-code — in all its forms — aims to alleviate. There’s plenty of work to go around.

Still, the challenge for low-code vendors is that, collectively, they’ve defined themselves based on the means, rather than the end. Ironically, it’s the same challenge that those who would prefer hand coding face as they battle against low-code’s encroachment. It’s hard to defend the means when it’s the end that the organization seeks.

No one outside of IT cares how applications are created — they only seek the value it delivers. And the more control they can get over that process, the better.

While low-code platforms may be a better, faster way to deliver that value, it remains only the means.

The risk is that as technology companies that are closer to the point of value realization (e.g. sales, marketing, and customer-facing platforms, etc.) or closer to the point of technical pain (e.g. data integration and data science platforms, etc.) embrace low-code approaches and, therefore, make it easier for organizations to close the automation gap within their already-defined ecosystems, the places in which organizations need to create bespoke applications will narrow.

This same process will also undercut one of low-code’s greatest counter-points: that customization to these large platforms is expensive and slow. But why would someone create a completely custom application if, instead, they can use a low-code approach to build that application on top of an adjacent platform with all the hooks and connections built-in, but with the freedom to customize and change it without fear?

Again, this is not today’s reality. But there is abundant evidence that this is where we’re headed. After all, if what low-code vendors are selling is a better means to an end, why wouldn’t everyone else simply adopt that means?

The Intellyx take: Value rules the day
If I were back leading an enterprise IT organization today, I would be doing two things. First, I would be selecting and investing in a low-code platform to enable me to speed development and begin to empower my customers to take greater control of their automation needs.

At the same time, however, I would be taking a long, hard look at the various platforms I used to run my business — and would begin piecing together an architectural model, built around these platforms, that would allow me to create and sustain the greatest amount of differentiated value for my organization.

That architecture would, undoubtedly, demand a certain degree of ground-up development. But the vast majority of it would most likely run on top of or adjacent to one or more of these core business platforms.

The driving force behind this architecture would be the ability to create unique business value and competitive advantage — and every decision I made would pivot around this focal point. I suspect that low-code platforms, at least in their current incarnation, would find themselves relegated to limited use cases simply because they would require me to build too much.

As the pace of change continues to increase and as market demands continually shift, enterprise leaders will be looking for those tools and platforms that enable them to create and sustain competitive value most easily and rapidly — and to build only what is required to do so. 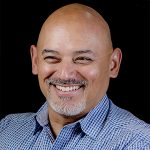 View all posts by Charles Araujo