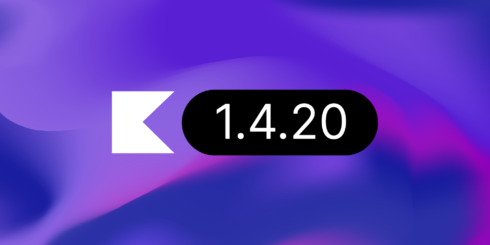 Kotlin 1.4.20 also introduces a new configuration block for the browser target called commonWebpackConfig. Inside it, users can adjust common settings from a single point, instead of duplicating configurations for webpackTask, runTask, and testTask.

Also, to speed up build times, the Kotlin/JS Gradle plugin only installs the dependencies that are required for a particular Gradle task.

Android releases its target API level requirements for 2021
Android announced that Google Play will require new apps to use the Android App Bundle publishing format to bring the benefits of smaller apps and simpler releases to more users and developers and to support ongoing investment in advanced distribution.

From August 2021, the Google Play Console will require all apps to publish with the Android App Bundle format, and utilize Play Asset Delivery or Play Feature Delivery to deliver assets or features that exceed download size of 150MB.

From November 2021, updates to existing apps will be required to target API level 30 or above and adjust for behavioral changes in Android 11.

Developers can also customize what types of betas they would like to opt into so they can focus on products most relevant to their business.

By signing up for the beta program now, developers can participate in the active beta for PrizmDoc Forms integration, which will allow them to repurpose or use their PDF forms to easily create, customize, and deploy as web forms anywhere.

Apache Log4j 2.14.0 was released and the CXF CVE-2020-13954 issue was found, which reflected XSS in the services listing page via the styleSheetPath.

Additional details on all of Apache’s releases are available here.