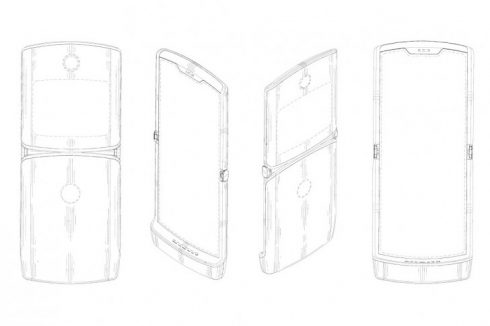 Cell phone designs in its first years were incredibly fluid, with only one real constant — users, for whatever reason, hated screen phones.  They were hard to type on, operating systems were a mess, there were no real apps, and they were comparatively expensive.

One of the first powerful successes was the Motorola RAZR, which tended to dominate the market on and off until the market effectively passed to Apple’s design. Then everyone seemed to lock in on that once-unacceptable design thanks to Apple’s powerful marketing and impressive execution. Today, even though Apple itself is third in the world (behind Samsung and Huawei) their design is still dominant.

With the emergence of foldable screens, we have the opportunity to flip the market again, and the most powerful brand for a foldable phone is likely the RAZR, which defined foldable phones. But if you could get a phone with a large screen that not only would better fit in a pocket but would be more robust, and competitively priced, the market could flip back to the foldable form factor.

Status, not practicality
I use a Key 2 Blackberry phone because my priorities are work and security.  If I want to watch videos or read, I generally use an Amazon Fire Tablet, which costs under $150 and is fully curated by Amazon.  For a laptop my current go-to box is the HP Spectre Folio, which is wrapped in leather, has a day’s battery life, and is easy to carry (thanks to the leather) without needing a backpack.  Each device is selected based on what I want to do with it and the fact that, as far as I can tell, each device does what I want to do best.

Sadly, this approach to tech is unusual.  Most seem to buy tech based on what others are buying, and based on usage models they may not even agree with.  For instance, one of the reasons screen phones were so unpopular before the iPhone was because they took too much attention to use and could result in accidents for walkers or drivers.  You’d think that parents would avoid these for their kids, particularly those of driving age, like the plague because they could be deadly, but they didn’t. And given how many of us were defined by the keyboards on our Blackberry and Palm devices it still amazes me that most others threw out the keyboards in order to get better gameplay and video performance.  Or we shifted from a feature that would help our careers and potentially make us money to favoring features that cost us money and could get us killed.

This means that the smartphone market is largely driven by a perception of status and it isn’t alone.  Bigger houses than we need or will ever use, bigger or faster cars that we’ll never fully utilize and cost extravagant amounts, and tennis or basketball shoes that are so expensive we’d never wear them on a court, all exemplify our excessive focus on status.  We buy this stuff because we want to be admired and envied and often end up in debt with a lot of very expensive stuff we don’t really enjoy using.

Foldable screens
Now foldable screens are expensive, and expensive means exclusive.  Plus, while the strong connection to the original Star Trek TV show and movies isn’t as pronounced, the act of unfolding the phone is pronounced and very visible.  This all means that while the foldable phones will have to overcome the perception that thicker phones are lower status, the use of the phone should make it more visible, and, at least initially, be an effective way to pull attention to the relatively unique design.  Assuming the software works right, and initial designs have showcased that this isn’t trivial because the interface needs to automatically adjust for the changing screen size, then screens with foldable displays should carry higher status.

The difference between ‘could’ and ‘will’
Now there is no doubt in my mind that if Steve Jobs were running Motorola, he’d fund the marketing to a degree that the odds would favor success.  This is the difference between ‘could’ and ‘will’ — a foldable phone certainly could take over and become the new standard design, but it will require a significant marketing effort, or some viral luck, to overcome current perceptions and what will likely be some significant pushback from Apple.  Motorola has in the past stepped up to this kind of an effort and Samsung is certainly capable of that as well. But, recently, all three firms have underfunded marketing, which does potentially make Apple more vulnerable but also makes it less likely we’ll see the market pivot near-term to foldable displays and phones.

I’d personally prefer a foldable phone because it would be more portable and more interesting to use (I might be able to leave my Fire Tablet at home).  We should know by the end of the year whether this new RAZR is a home run or another promising device that fell short of potential. Let’s hope it is the former because the smartphone market is really soft at the moment and a new, more popular form factor could light a significant sales fire under it.