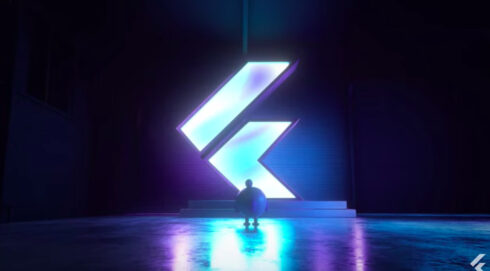 Today the team at Flutter, the mobile app development platform created by Google, hosted Flutter Forward, an event to connect with the developer community and discuss what the future holds for Flutter.

The event was hosted live in Nairobi, Kenya, as well as available for live, online viewing here.

The Keynote Address was delivered this morning, and started with Tim Sneath, product & UX director for Flutter & Dart.

Sneath explained that Flutter’s mission for app developers is to ensure beauty, by offering them complete control over every pixel on the screen; speed, by allowing apps to be compiled to machine code rather than having code run through an interpreted environment; productivity, by offering technologies that allow developer to see their changes as they are working; portability, so that users can develop with flexibility; and openness through Flutter’s free and open-source nature.

He went on to explain Flutter’s growth since its initial release back in 2017, stating that there are currency over five million Flutter developers as well as over 700,000 acts that have been launched to date.

Ander Dobo, product manager for Flutter, then took the stage and unveiled the company’s newest releases, Flutter 3.7 and Dart 2.19, an update to Dart, Flutter’s programming language.

He explained that with these releases, enhancements have been made to Flutter’s support of Material 3, the latest version of Google’s UI/UX design system, Material Design. According to Dobo, this includes the migration of widgets like Radio Buttons, Sliders, and Badges.

These releases also offer users adaptive layouts in order to allow the UI of the users app to automatically scale to any screen size. Furthermore, menu bars and cascading context menus have been added, increasing customization capabilities.

Dobo also explained that Impeller, the new rendering runtime for Flutter, is now available for a preview for users to use in IOS versions of their applications.

“We have also made several updates to dev tools,” Dobo continued. “The suite of performance and debugging tools for both Flutter and Dart, including a complete redesign of the memory debugging tool, and we have added new features to analyze the memory features of your app.”

He went on to explain that Firebase, another one of Google’s app development platforms, can also be used within Flutter applications in order to heighten the personalization capabilities offered.

According to Dobo, Firebase can be used in conjunction with Flutter to tailor names, avatars, and more to the specific user, eliminating the need for the developer to write an authorization.

Greaves explained that, with FlutterFlow, clean Flutter code that is available for users to view or export is produced as changes are made. Additionally, Mengistu stated that there are over 200 million lines of code that have been exported to GitHub directly from FlutterFlow.

They also mentioned that all of the premium features offered with FlutterFlow are free of charge for both students and educators.

Sneath then gave the audience a rundown of what they can look forward to for the future of Flutter, discussing several features that are still works in progress.

According to Sneath, the features users can anticipate fall into four main categories: breakthrough graphics and performance, seamless integration for web and mobile, early to new and emerging architectures, and continued focus on developer experience.

Among these upcoming features is Dart 3 Alpha, the first preview of Dart’s next major release. With this, users gain access to new language features, the completion of Dart’s journey towards sound null safety, and the expansion of platform support.

Flutter users can also expect new features in Flutter Mobile, such as News Toolkit, the first version of which is now generally available. With this, users gain access to best practices from Google’s news initiative.

The next version of Wondrous, a reference app that shows how to design and develop beautiful, tailored UI with Flutter, was also announced during this morning’s Keynote. This release is intended to provide users with a positive experience regardless of their screen size.

It was also unveiled that the team at Flutter is working on eliminating method channels for calling APIs as they hope to enable users with the technology needed to call APIs directly from Dart.

Lastly for Flutter Mobile, 3D capabilities can be expected in the future. This includes the ability to change the appearance of those 3D images, animate them, and multiply them with Impeller.

To watch the Keynote, as well as other sessions on demand, visit the website.