Mobile-only banks: Cashing in on the 18-35 crowd 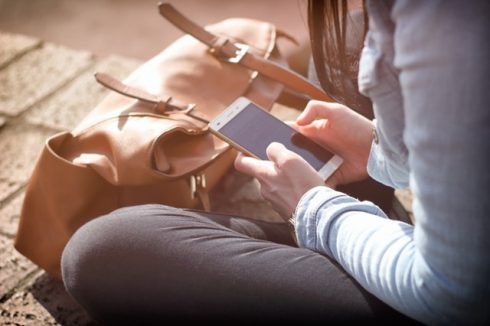 Mobile banking is the new banking “mode du jour” for the millennial market. Digital banks like European-based N26, Monzo, and Orange Bank, part of French telecom operator Orange, along with U.S.-licensed Aspiration and BankMobile, are poised to make a dent in the more traditional “brick and mortar” banks’ markets and revenues globally.

The mobile-first and mobile-only digital banking market is currently underdeveloped and wide open for business. Nicolas Kopp, U.S. chief executive for N26, points out that mobile banking is just now picking up on the transformation that other industries have already begun to capitalize on. “Look at transportation with Uber and Lyft, accommodation with Airbnb, or music with Spotify,” he said. “There is a shift from offline to online to mobile.”

These disruptor banks have streamlined business plans, which often leads to lower operating expenses that enable them to pass along lower fees, or even no fees, to their customers. They offer simplified, more transparent business practices, easy-to-navigate smartphone and tablet user interfaces and more efficient customer service; all features the millennial workforce that has grown up mobile hunger for. Michael Ellison, president and co-founder of the analyst group Corporate Insight, said, “When you think of a millennial as 25, 30, or 35, and consider the mobile platform has been around for 10, maybe 15 years, and the iPhone turned 10 this year, that’s been their gateway to the internet. They are just used to it. They tend to have jobs that are more mobile as well, not spend their time at a desk. Even if they are desk-bound, they will probably opt to use their own mobile device, not their employer’s computer. I think there’s just a historical comfort level with mobile, and the expectation of getting everything when they want it, and where they want it.”

Overwhelming evidence that the tide is turning to mobile is clear from Corporate Insight’s February 2016 survey of online investors. According to the survey, 71 percent of millennials indicated that they had logged into their brokerage account using a mobile device in the past 12 months, compared to 44 percent of baby boomers. It also finds 51 percent of millennials said that their brokerage firm’s mobile capabilities were “very important” or “extremely important” to them, versus 23 percent of baby boomers.

Selling points
The Corporate Insight survey focused on investors’ experiences with traditional financial services building an online presence. The differences between the user’s experience with an app modeled from traditional service offerings and a business model supported only with a mobile app are marked. Mobile-only banks are quick to point this out. N26 is a fully authorized mobile-only bank in Europe. It does business in 17 countries and is positioning itself to launch in the United States in 2018. Kopp said, “Traditional banks’ systems are not built towards offering an app, but towards offering general retail banking services like you’d find at a branch. They’ve developed their online portals and mobile apps so they can say they offer an app. N26 is very different because we built our whole technology infrastructure towards offering banking services through the app.”

Kopp, describing Chase and Bank of America’s efforts to build apps that hook into their legacy systems, said, “It’s much more difficult to produce or actually code versus us where the whole tech company is built on that mobile-first principle.” The result is a mobile-first user experience that’s easy to market to millennials. It’s quicker, easier and more elegant than its counterparts.

Millennials are also big on social responsibility and Aspiration Bank has made a name for itself by doing business differently. Its creed is, “Do well. Do good.” Theresa W. Carey, a Barron’s columnist who covers fin-tech from the retail investor’s point of view, describes the company’s business model and its customers’ key criterion as “socially responsible spending.” According to Carey, in late April it updated its app with a new feature, Aspiration Impact Measurement, or AIM. “With this feature, the four-year-old bank wants its clients to know how their personal shopping habits measure up against the firm’s creed. The scores are based on a proprietary algorithm that checks 75,000 data points, including diversity, employee pay, energy efficiency, carbon reduction, renewable-energy use, access to health care, and other factors,” she said. Buy something from a company that doesn’t yet have an AIM score, and you can send them a tweet, asking them to report their sustainability and personnel data.

Vetting the customer base
With a myriad of different cyber attacks aimed at financial institutions, it’s critical that mobile-only accurately identify customers as being who they say they are, that they are in fact, human. Dan Armstrong, chief digital officer for BankMobile, described the typical mobile-only customer landscape, “The millennial age group has a strange kind of a spin to it: latte drinking, jumping off trains with funny hats and stuff like that. Not so much. Really, what we’re talking about is also middle-income and lower-income Americans, and middle-class or under-banked individuals. For the most part, these people, as well as millennials, are kind of cut out of traditional financial services.”

Armstrong emphasized that BankMobile made a point to vet its customer base in a non-traditional manner. He offers, “When we set up the ability to onboard customers of this segment, we didn’t just use the traditional perfunctory credit union checks like, Experian, LexisNexis or ChexSystems. It was just a black and white version of whether you were who you say you were, because we don’t really care that much about whether you’re a bad customer or a good customer. We care that you are actually who you say you are, since you don’t actually walk into a bank, present any license or signature card. Once we know you are who you say you are and then we’d love to have you as a customer.”

BankMobile uses 14 data sources, not just one or two, and does its own scoring. Armstrong said, “We rescore everybody’s opinion about you based on what we think about our identity validation. So we turn the traditional validation of customers upside down and take responsibility for really thinking how to attract millennials and under-banked people.” Issues like overdraft problems or no credit score because the customer was too young don’t play a big role. “All that kind of traditional scoring we think is great, but we wanted to add it together to make a new, more mature version of who we thought you were.”

Show me the money
Buoyed up by abundant venture capital (VC) and private equity funding, these start-ups are challenging traditional models when it comes to banking, payments, investing, and financial advice. But how are they ultimately going to make their money? N26’s Kopp says the bank’s revenue streams are comparable to what other financial institutions’ are. “We might earn money on some of the savings or personal loan products that we offer. I think the key difference to more traditional banks is that these fees are always very transparently presented to our customers and also the deals we offer are usually fair. Our whole fee structure is not set up on just making money from customers, it’s actually giving the best value for money to our users.” An important piece of the profit puzzle is that mobile-only banks may have much lower operating expenses. Kopp points out that they don’t operate bricks and mortar branches that have building rents, employee expenses, and expensive infrastructure costs compared to their competition. Also, Kopp said, a second factor lays in their services pricing. “We try to be very attractively priced versus the competition. Again, why can we do that? Because our whole cost structure is so efficient. We need to make less revenues to still be profitable.”

Development tips from the trenches
BankMobile’s app was built completely from scratch, so all the controls are customized. It has six patents in process. Armstrong, who has been in mobile banking since 2003, which was before the first smartphone, lays out the challenge of being mobile. The business model needs to be more than just a prepaid card that’s drained and then thrown in a drawer. There is no recurring interchange revenue, there isn’t an extended period to upsell new products like loans or student refinancing loans to retain to the customer long-term. According to him, “You need to reimagine how you’re engaging a customer and probably it’s not to be understated that actual customer service is critical. And it’s never gonna be perfect, there’s always going to be errors. You have a problem, you need to call somebody and feel you have received empathy and sympathy and you’re talking to a real person who can help you out, as well.”

Armstrong used VASCO in Europe with a rival bank for years and was very happy with it. At the time, it was oriented towards bigger banks with significant engineer resources to manage it. But once he got on board to build BankMobile’s software division he realized if they got hacked they would have a major problem as a digital-only asset or property. He said, “We’d be stuffed. So, I made a very strong play for doing a next-generation version of security to try to get experts into the end-to-end encryption part of things. I knew we didn’t really have the skills to do it in-house, and that’s where I came back to VASCO and had them implement their apps.”

From the mobile perspective, BankMobile does not allow its apps ever to communicate with the internet directly. He says, “No web views, there’s no nothing. Everything, services like LexisNexis, PFM, and remote check deposit, to operate from its server to their server through the VASCO pipe. So, from the client application on the phone, all the way to the server with the VASCO server software, everything is completely encrypted. The local loop is locked down, which kind of allows me to sleep better at night.”

Resistance is futile
N26’s Kopp ponders the transformation, “The shift from offline to online to mobile is unstoppable. Over the longer term, potentially entirely. As the older generation ages out and stops conducting financial transactions, the current millennial generation will age and the bulk of the population will end up using mobile and online services. This transition is something that’s happening in all industries. It’s inevitable.” 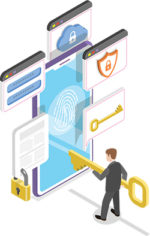