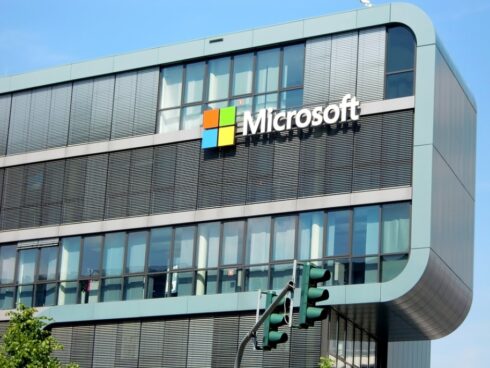 This year, Microsoft went all in on open-source and security and launched a plethora of new solutions aimed at bettering the lives of developers working remotely and on-premises.

Microsoft launched its flagship Visual Studio 2022 and .NET 6. in November. .NET 6 is a follow-up to the notable .NET 5, which merged .NET Framework and .NET Core in 2019. .NET 6 is a long-term support release meaning it will be supported for three years.

.NET 6 dunked Microsoft into the world of macOS’s Apple Silicon, in addition, to its support on Windows Arm64. The open-source platform now includes Hot Reload which allows code changes to be viewed without needing to restart the app, OpenTelemetry and dotnet monitor support, and much more.

Meanwhile, Visual Studio 2022 received a feature called IntelliCode, an AI-assisted tool that can complete whole lines of code and spot repeated edits and suggest similar fixes throughout the codebase, and many other features.

The new version of the IDE also includes Hot Reload, a feature that will save developers as many app restarts between edits as possible.

Microsoft, known for its dominion of the collaboration space with Microsoft Teams which grew tremendously during the pandemic, created other means through which developers can share ideas.

The company recently announced the .NET Tech Community Forums for all .NET developer topics and discussions. Developers can then receive updates on the forum through email, RSS feeds, or on the user’s tech community homepage.

In November, Microsoft also announced that it has signed the Java Specification Participation Agreement (JSPA) to officially join the Java Community Process.

Microsoft also advanced its hardware sphere by announcing its new Microsoft Surface Duo 2 and is now inviting developers to start building or enhancing apps for dual-screen devices, preferably using Jetpack Window Manager, according to the company in a post.

“The Surface Duo developer experience team always meets developers where they are at: our emulator and tools run great on Windows, macOS, and Linux and we provide guidance and code samples across a range of Android-supported platforms and languages,” said Guy Merin added, the senior director of engineering at Microsoft.

As the owner of GitHub since 2018, Microsoft shared its views this year on how open-source and software development can improve moving forward.

The major points of improvement included seeking different perspectives and feedback on what the community requests, finding a balance between policy and autonomy, securing every link in the supply chain as open can contain security defects since attackers can become maintainers and introduce malware. Last but not least is that communication is key, especially in a remote work environment.

Likely one of Microsoft’s biggest moves this year was in the field of security. In September, Microsoft announced that consumers can now completely remove passwords from their accounts, predicting that “the future is passwordless.”

Some of the alternative authentication methods that Microsoft now offers include the Microsoft Authenticator app, Windows Hello, a security key, or a verification code sent to your phone or email.