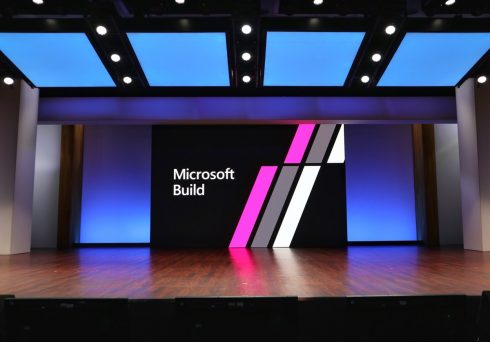 Several new and updated tools showcased at Microsoft’s Build developer conference in Seattle revealed how partners are following the trends toward AI, new software architectures and modernization. Here is a look at their news announcements:

Progress announces Conversational UI for chatbot apps
Progress today announced the May 16 availability Conversational UI, a set of controls built for chatbots. Part of Telerik and Kendo UI tools, the components give both web and application developers the ability to build natural language understanding into their solutions that can run across multiple devices and on many chatbot frameworks, including Microsoft’s Azure Bot Service.

Among the challenges of creating a quality human-computer interaction is the difficulty in capturing visual cues. The new controls give developers the ability to create chatbot apps that use visual elements to “enhance the natural flow of conversation,” Progress said in its announcement. Using the components, developers can implement such things as calendars and date pickers, which can be used to steer the conversation.

According to Gartner, “Many enterprises underestimate what’s needed to develop and deploy a conversational, platform-based chatbot. That’s because they assume that the service is either available as an off-the-shelf offering or can be built using a small dataset.”

Because the new, customizable controls can be used in conjunction with Telerik and Kendo UI tooling, JavaScript and .NET developers can give the chatbots the same look and feel as any other web, desktop or mobile application.

For more information, go to www.telerik.com/conversational-ui or join our R2 2018 Telerik Release webinar on Wednesday, May 30 at 11:30 am ET. Learn more about Progress at www.progress.com

Bitnami simplifies app migration to Microsoft Azure
Bitnami announced support for Azure in its Stacksmith tool for automating application migration to the cloud.

According to Bitnami’s announcement, Stacksmith takes a running application in the datacenter, repackages and optimizes it for cloud deployment, and delivers everything needed to successfully deploy it to a container or cloud platform.  Stacksmith then continuously monitors the replatformed application for updates and patches, providing an easy way for companies to keep applications up-to-date and secure.

“Digital transformation and application modernization are important initiatives for our customers. Partnering with Bitnami to provide our users with tools like Stacksmith that can simplify that transition of their business directly to Azure cloud services is an exciting opportunity,” Gabe Monroy, lead program manager for containers at Microsoft Azure, said in the announcement. “Bitnami has demonstrated the ability to package, deploy and maintain 120+ applications as a key partner in our Azure marketplace and we’re thrilled to see that proven technology made available to our Azure users to migrate their own applications to our cloud platforms.”

A free trial is available at https://stacksmith.bitnami.com/

According to the company, PureSec’s Serverless Security Runtime Environment (SSRE) defends against such application-layer attacks as NoSQL/SQL injection and other unauthorized malicious actions.

The template, available in the Azure Marketplace, installs all of Altova’s server software products, and users can active those they want. Using the Altova LicenseServer, customers can get free 30-day trials of all the products.

The products in the template are FlowForce Server for data processing and integration; MapForce Server for mapping and aggregation of processes for XML, JSON, databases, flat files, and more; and MobileTogether Server, a gateway to get back-end data into mobile applications. Also included are StyleVision Server for business report generation; RaptorXML Server for validating and processing XML, XBRL and JSON; and DiffDog Server, for automating comparisons of files and directories in parallel computing environments. Learn more at www.altova.com

Angular support was added through Progress Kendo UI, a native Angular UI component library. Mobilize.Net gives organizations a way to take Visual Basic 6, C#, PowerBuilder and Silverlight applications to the cloud and web, using AI to help translate and re-architect legacy applications while removing the technical debt in those applications.

WebMAP5 focuses on automation, developer productivity, performance, and broad support for industry standards, according to the company’s announcement. The company claims AI-assisted automation reduces the cost of a modernization project by between 80 and 90 percent.

On the developer side, WebMAP5 leverages Aspect Oriented Programming, which enables the code resulting from the transformation to retain readability and maintainability, and keeps developers from having to learn new skills.

The integrations sync incidents between PagerDuty and Microsoft Azure Alerts to gain more context about your infrastructure and services, the company said. The Visual Studio integration alerts teams to issues earlier in the development life cycle, where they are less costly to fix and have not yet affected customers. The alerting allows organizations to optimize response personnel while informing business stakeholders for deliver service faster while improving code quality.

Dotfuscator updates add rooted device security controls
PreEmptive Solutions today announced updates to Dotfuscator Professional Edition (to 4.35.0) and Dotfuscator CE (to 5.35.0) to include rooted device detection and response controls from Xamarin.Android applications. Rooting allows users of Android devices to gain access to subsystems that can be used to threaten those devices.

“Unauthorized rooting can undermine even the best secure coding practices, data encryption policies, and identity management solutions,” Sebastian Holst, CSO at PreEmptive Solutions, said in a news release announcing the updates. “Every trusted source for secure coding practices — including the PCI Security Standards Council, NIST, OWASP, and Google — acknowledge the rooted device compromise as both difficult to detect and dangerous to both app stakeholders and app users.”

According to the company, root detection and response is included with Dotfuscator at no additional cost. Dotfuscator Community Edition (CE) is available at no cost to qualified Visual Studio developers and Dotfuscator Professional licenses start at $1,750 per developer.

According to the company, the components have been built in TypeScript as modules. This lets developers use only the components and features they want in their applications. Further, the controls have touch capability and will render according to the device upon which they are used, to optimize the user experience.

The source and scripts for the JavaScript and native Angular components are available on GitHub, the company said.

The Dashboard Platform will be available in the cloud June 1. Among updates are the ability to use dashboards as JavaScript widgets on web pages. The dashboards are in the Azure VM marketplace, so you can run them on any server but retain the data in your repositories. Visit www.syncfusion.com for more information.