Microsoft announces updates to Microsoft 365, the new Microsoft Edge and Bing, and Azure Arc at Ignite 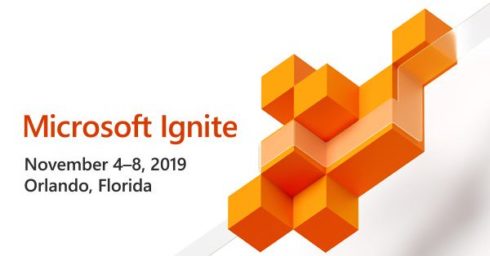 Microsoft’s annual gathering of technology leaders, Microsoft Ignite, kicked off this morning in Orlando. At the conference, the company unveiled a number of new features to its offerings, as well as entirely new offerings designed to better suit the needs of its customers.

Microsoft 365
Microsoft is making a number of improvements to its online productivity suite Microsoft 365. These enhancements are broken down into six main investment areas: productivity, knowledge, workflow, security, compliance, and management.

As part of the updates, Microsoft introduced a number of new capabilities to the communication and collaboration platform Microsoft Teams, such as secure private channels, multiwindow chats and meetings, pinned channels, and task integration with To Do and Planner. It is also continuing to bridge the gap between Outlook and Teams, the company explained. In addition, it is integrating Yammer into Teams and introducing industry-specific capabilities, such as tools for healthcare and Firstline Workers.

Microsoft also introduced a new mobile app for Office that combines Word, Excel, and PowerPoint into a single app.

After announcing the Fluid Framework at Build 2019, the company is releasing a public preview of the framework for end users and a private preview for developers.

The new Microsoft Project is also now generally available. The Microsoft Project is a tool for product management that allows teams to quickly add new members and set up task, as well as switch between grids, boards, and timeline charts to track progress. It will continue to add features such as resource management, budget analysis, and time and expense tracking over the next year.

The new Microsoft Edge and Bing
Microsoft is also updating its web browser and search engine to make it better for people in workplace environments. It will link a company’s Intranet with the Internet so that people can access important data in a single browsing and search experience.

Now employees will be able to search in Bing for company information, such as titles, team names, office locations, or definitions for company acronyms.

Other new features include the ability to access Microsoft Search in Bing on mobile devices, a new tracking prevention default in Microsoft Edge, and Collections to allow users to easily collect web content, organize research, and export that content into Word and Excel.

Also at Microsoft Ignite, the company announced Azure Synapse Analytics, which is a limitless analytics tool. This solution brings together both data warehousing and Big Data analytics. According to Microsoft, users will be able to query data the way they want, using either serverless on-demand or provisioned resources.

Azure Synapse Analytics is the next evolution of the Azure SQL Data Warehouse, Microsoft explained.

Azure Arc
It announced Azure Arc, which will help customers unlock new hybrid scenarios by bringing Azure services and management to any infrastructure.

Developers can use Azure Arc to build containerized apps using their preferred tools. IT teams can then ensure that those apps are deployed, configured, and managed uniformly. Azure Arc also makes it easy to implement cloud security across environments using centralized role-based access control and security policies.

Power platform
Updates to the Power Platform include the renaming of Microsoft Flow to Power Automate, UI Flows, Power virtual agents, new security enhancements for Power BI, tighter integration between the Power Platform and Microsoft Teams, and a new set of prebuilt models for AI Builder.

According to Microsoft, these enhancements will enhance the company’s vision for the Power Platform, which is to provide an “unmatched set of capabilities that enable everyone to analyze, act, and automate across their organization to transform businesses from the ground up.”