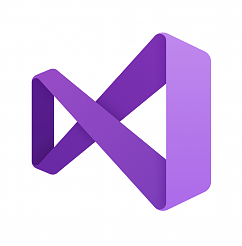 The Visual Studio merge editor was decoupled from Team Foundation Version Control and now focuses on Git. A new gold info bar at the top of a file will tell users when there are merge conflicts needing manual resolution.

Also, the new Git Repository window enables users to view and manage all the local, remote, and upstream branches in their repository.

The new version also includes design-time data that enables developers to see their controls filled with data during the design-time development.

“Before this feature improvement, when adding new controls that are empty or working with controls that get populated with data via data binding at run time, it was hard to see how the end result would look during the design-time experience,” Jacqueline Widdis, release manager for the Visual Studio release team, wrote in a blog post.

Also, there is now IntelliSense completion in DateTime and TimeSpan string literals. Users can place their caret inside the DateTime or TimeSpan string literal and will then see completion options and an explanation as to what each character means. Both the date time format and an example will be provided. Users can also now add a parameter within the Change Signature dialog.

Microsoft also stated that Visual Studio 2019 v16.7 is the next long-term servicing release.

Full details of the release are available here.

Security and integration are key concerns for API management