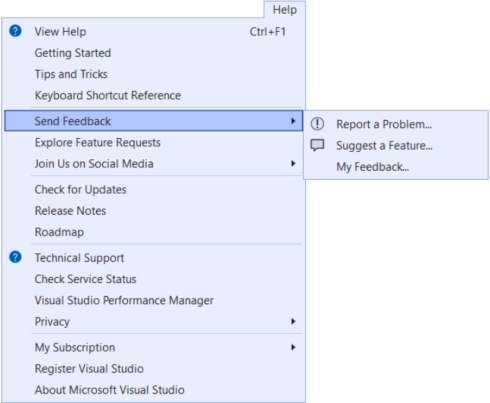 Microsoft recently announced that they are updating their feedback system in order to provide users with a higher quality experience. With this, older versions of Visual Studio will no longer be compatible to provide feedback. To continue submitting feedback, upgrade to version 16.7 or any LTSC service release after April 2021.

This update brings users an enhancement to the Send Feedback options available in the help menu and feedback center. The new system is designed to make it easier for Microsoft’s engineering teams to track, organize, and transfer tickets. This works to provide a higher level of communication between users and the Visual Studio engineering teams.

To learn more about this update, visit here.

The team at Nim, the statically typed compiled systems programming language, today announced the release of Nim 1.6.2, the first patch release for Nim 1.6. 1.6.2 contains 41 commits and fixes over 15 reported problems as well as brings users some general improvements.

Some of the bug fixes in this release are

Additionally, the release also includes improvements such as

For a full list of fixes and updates, visit here.

The Open Application Group (OAGi) today announced the release of its Express Pack for Small and Medium Enterprises. This release aims to enable fast implementation of OAGi standards using modern techniques such as OpenAI Specification for REST JSON.

“During the creation of the Express Pack, we focused on the needs of smaller businesses with limited resources by providing a predefined subset of the OAGIS standard. We reviewed a large cross-section of implementation guidelines, including the Simple-edi submission to UN/CEFACT at the dawn of the XML wave,” said Scott Nieman, expert enterprise architect at Land O’Lakes, a key contributor to the Express Pack and co-chair of OAGi’s SME Work Group.