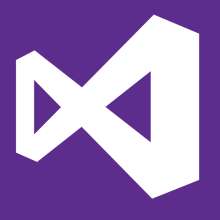 Microsoft’s latest release of Visual Studio 2019 is one step closer to being ready. The company announced the second preview of the suite of development tools is now available. This second preview focuses on improvements as well as developer productivity additions.

The solution’s core IDE experience is being updated to automatically download updates when users computers are idle. “This means you can continue using Visual Studio 2019 until it’s time to install. And, you will only need to wait for the actual installation of the update,” Angel Zhou, program manager for Visual Studio, wrote in a post.

The company recently included the per-monitor awareness preview feature in preview 1. With preview 2, the feature is now enabled by default as long as users meet the system requirements.  In addition, search capabilities have been improved in the start window and inside the IDE, the document health feature is getting a visual upgrade and multiple tool windows have been updated.

.NET developers will be able to take advantage of new refactoring and codefix capabilities. The release also makes project files for .NET SDK-style projects a first-class file type and adds support for doubling clicking and project and finding a project by name. Mobile .NET development improvements include updates to build performance with Xamarin, and support for the latest Android dex compiler and code shrinker.

Python developers can now switch between different Python interpreters and take advantage of Miniconda as an optional component.

Other features of this preview include JavaScript debugging support for developing with Node.js, support for debugging ASP.NET Core apps that use Alpine as a base image as well as support for the latest ASP.NET and .NET Core images and Visual Studio Kubernetes Tools integration.