The OpenStack Storage platform is an object storage system designed for use as the backbone of a cloud deployment. OpenStack Storage started out as Rackspace’s cloud storage system, a role it continues to this day. OpenStack Compute, on the other hand, is still being built from the ground up, based on some of the administration and virtualization management tools also used by Rackspace, combined with NASA’s Nebula cloud-computing project.

Mark Collier, vice president of community and business development for OpenStack and Rackspace, laid out the goals of the Compute project. “The compute project started with some good code from NASA’s Nebula project,” he said. “In that case, we were looking at other projects out there to see if there was something we could use. Or should we release the code we had developed at Rackspace?

“We discovered that this code NASA had written was very strong. They’d run into a lot of the challenges we’d seen running at scale. Where you’ll see us going with the compute project is there are a lot of people contributing in the community, but a lot of the chunks of code from Rackspace Cloud and NASA are already done. In the weeks since launch, we’ve seen a huge outpouring in the community. Citrix has been very active in providing support for Xen Server.”

Jim Curry, general manager of OpenStack, said, “The support and active participation from the community has been amazing to see; we are much further along than we expected to be three months into this project, and the future is very promising. The community is rallying around the vision of an open-source cloud alternative, which means service providers won’t have to reinvent the wheel with proprietary cloud stacks, and cloud consumers will have the freedom to move their applications among clouds, whether an enterprise private cloud or simply to change service providers.”

Another part of the OpenStack vision is becoming hypervisor-agnostic. “That’s happened much faster than we expected,” Collier said. “Thanks to contributions from the community, we now support KVM, Xen and VirtualBox.”

Work is also being done in the community to support Microsoft’s Hyper-V hypervisor. 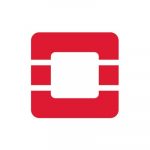