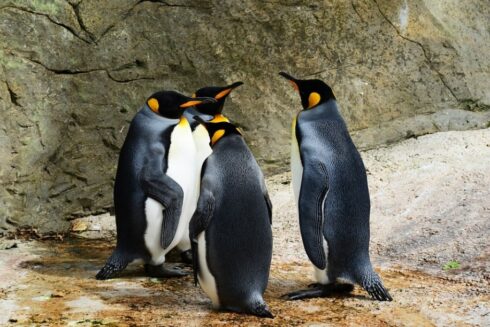 Last month, the Linux kernel turned 30. If you’re someone who’s been immersed in the Linux world since Y2K like me, it may feel a bit surreal that so much time has passed since the kernel’s inception.

As a training architect at A Cloud Guru (ACG), I teach courses about all things Linux and specialize in hands-on, lab-based learning. Before joining ACG, I worked as a Unix systems engineer at GE and IBM as well as Technical Account Manager and customer advocate for Red Hat. I’m hugely passionate about Linux because of its importance to my career, just like to the careers of so many other engineers and Linux enthusiasts.

In its 30 years of existence, the Linux kernel has had a massive impact on the modern computing landscape — revolutionizing what’s possible for operating systems and allowing countless tinkerers to get their hands dirty in the process. Linux has also become the foundation of paradigm shifting innovations over the years due to its ever-evolving nature.

To commemorate 30 years of Linux, I’m sharing some of the key reasons why the kernel is so valuable and why it will continue to be a major player in the computing landscape for years to come.

My first exposure to Linux was in college in 1999. I took an introductory Unix Shell Scripting class and Fedora was installed on the lab servers because it was free and easily scalable. I view Linux as my entry-point into customizable operating systems. After learning basic Unix commands on Linux, I ultimately went on to pursue a career supporting multiple commercial Unix vendors.

As Linux made its way into larger Enterprise level companies, I quickly returned to working with Linux distributions. Something I’ve always loved about Linux is the capacity to fine tune your system to support the applications and distros that work best for your projects. Linux improves the functionality of whatever applications you’re running. The Linux kernel has literally changed how the world processes information, which is why I’m so invested in the software.

Now, it’s my job to share my knowledge and passion about Linux to other technologists. At ACG, I develop courses to help aspiring Linux experts learn how to optimize their systems. Additionally, I contribute to “Linux this Month,” an ACG-hosted web series that provides monthly updates from the global Linux community.

The fact that I am able to build a career around teaching Linux and staying up to date with Linux news shows the vast uses and applications of the kernel. What makes Linux so unique and evergreen is its open-source nature – Linux innovations are only limited by the creativity of the technologists who use and adapt it.

When Linux first arrived, it was mostly a hobby for enthusiastic engineers and Computer Science students who could contribute by developing code. The steep learning curve associated with fitting Linux to your machine was a barrier for more novice programmers.

Over time, this has changed considerably. Online forums, workshops, and classes have made Linux more accessible to the average internet user. The free sharing of ideas has come to epitomize the open-source community, and for software engineers, Linux is at the heart of this community. This democratization of Linux has had incredibly positive impacts on the computing world.

Now, Linux is everywhere. Enterprise level companies use Linux distributions to process the biggest production workloads in the world. It has replaced proprietary commercial Unix operating systems in very large companies with better stability and less down time. Because Linux systems can be as small or as large as you want, it’s also now being used in our homes for smart and mobile devices as well.

The open-source nature of Linux is incredibly beneficial for these enterprise level companies. Linux distributors leverage the contributions of the entire open-source community. This wide range of contributors produces a more stable product with more features, but also ensures that the OS keeps growing and solving real world problems that are beneficial to a wide range of users.

Potentially the most impactful outcome of the kernel is the infrastructure of modern cloud computing. Linux’s scalability has paved the way for supercomputers and server farms to function efficiently while requiring relatively light-weight computing resources. In fact, Linux supports about 90% of the public cloud workload.

Without Linux, the cloud as we know it would not exist. This is, in part, because Linux has become so ubiquitous – it’s use cases are nearly limitless. Because it has been time-tested, many engineers and IT professionals have a strong grasp on Linux fundamentals, making it an attractive choice for enterprise companies dealing in the cloud.

Cloud-based softwares and products are increasingly becoming the norm in the engineering world. Unsurprisingly, major cloud providers such as AWS, Azure, and Google Cloud are all supported by Linux as well. Linux is unique because it is a shape-shifter that can conform to the needs of any given engineering environment, and it’s incredibly stable because of the army of contributors that fortify weak points in the software.

The Linux “concept” is just as important as the Linux product. The concept allows a free and open source operating system to be refined, reinforced, and replicated across an endless web of contributors. Thirty years is a long time for a software to be relevant, especially with the ever-shortening tech product cycles. Because it was designed with the intention to be changed and updated by an open-source community, Linux has no foreseeable expiration date.

Had Linux not achieved the prominence it has today, we would see more commercial Unix vendors attempting to solve some of the problems that Linux addresses, but none would address them all. Additionally, customers would have to choose which OS to invest in based on which addresses some of their use cases, but none would be as beneficial as the Linux OS.

Linux is always growing and will become even more popular within the next few years. As more people become familiar with Linux and learn to use it, I see major potential for growth in the mobile computing space, within personal computers, and across small and large companies. In fact, we are already seeing it filter into home gaming systems and Raspberry Pi projects. With Linux, the sky’s the limit! 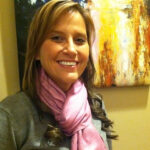 Cara Nolte is a Training Architect at A Cloud Guru, A Pluralsight Company. She is a distinguished engineer with nearly 15 years experience with leading tech companies including Red Hat, GE Digital, IBM and more.

View all posts by Cara Nolte