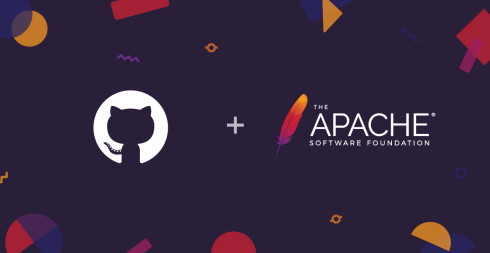 Today, the largest open source foundation, with over 350 open-source projects and 200 million lines of code, has joined forces with GitHub. The Apache Software Foundation (ASF) has been talking about integrating with GitHub since 2016, and now it has successfully completed the migration of its Git service to GitHub.

“We’re proud to have such a longstanding member of the Open Source community migrate to GitHub,” Nat Friedman, chief executive officer of GitHub, wrote in the announcement. “Whether we’re working with individual Open Source maintainers and contributors or some of the world’s largest Open Source foundations like Apache, GitHub’s mission is to be the home for all developers by supporting Open Source communities, addressing their unique needs, and helping Open Source projects thrive.”

Prior to its integration with GitHub, Apache projects could use two different version control services: Apache Subversion and Git. But as the popularity of GitHub grew over the years, a number of projects and communities wanted their code to be hosted there as well, the ASF explained. Unfortunately, they could only host read-only mirrors on GitHub, which limited the use of GitHub’s tools on those projects, the foundation explained.

By integrating with GitHub, the ASF’s projects will be hosted on a single platform where they can be reviewed and collaborated on by the 31 million developers who use GitHub worldwide, GitHub explained.

Now that the transition is complete, the ASF can focus its efforts on building software and the community. “We’ve been working with Apache to meet their needs and better support open source projects doing important work. We’re grateful to have such an impactful foundation migrate and grow directly on GitHub,” GitHub wrote in a post.