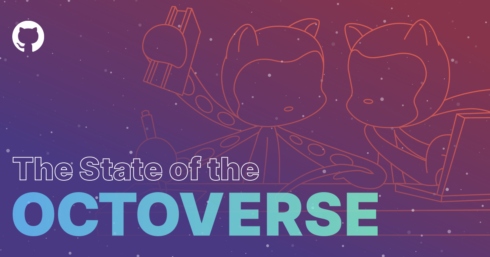 Python is finally beginning to outrank Java. In the beginning of the year, TIOBE Index predicted Python would soon replace Java and that prediction is becoming a reality with the release of GitHub’s 2019 State of the Octoverse.

The State of the Octoverse is designed to examine how software development is growing, evolving, and connecting.

“This year, we’ve seen that software development is, more than ever, a community endeavor. The Octoverse is growing more interconnected as it becomes easier to find and build on work from others around the globe. And some of the top open source projects not only have thousands of contributors—they’re dependencies for millions of repositories,” GitHub wrote in a post that summarized the report.

According to the report, out of the more than 40 million developers on GitHub, 80% are from outside the United States, and 10 million new developers joined in the last year. GitHub explained that it determined the country origins of contributions based on  information from the organization profiles and the most common country organization members are active in. China, India and Germany were involved in open source the most.

“People are doing all sorts of amazing things on GitHub, from reimagining robots to detecting diseases. Whether developers play-tested a game or trained an algorithm, we’ve found they’re more productive than ever this year,” GitHub wrote.

Other findings of the Octoverse included: more than 7.6 million vulnerability alerts were remediated, Jupyter Notebooks usage has seen more than 100% growth year-over-year, and TensorFlow’s contributors grew from 2,238 to 25,166 people globally.