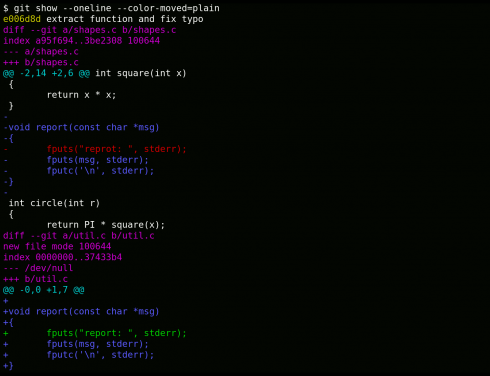 The open source Git project has announced the release of Git 2.17.0. Updates include bug fixes from previous versions, and new features such as coloring moved code, speeding up status with watchman, and finding objects in history.

The new color moved options is designed to group moved lines of code so developers can easily identify them. The watchman hook is designed to speed up Git while avoiding unnecessary disk reads. In addition, finding objects in history capabilities were added to provide easier access to information.

“Apple Pay brought novel ease-of-use, security, and privacy to online transactions, so we’ve been encouraged to see it widely adopted by merchants in the years since,” The company wrote in a blog post. “However, we recognize that merchants need to support multiple payment methods, and doing so comes at the cost of increased complexity.”

“As a reminder, these collections are refreshed every three months and recognize apps and games that set the bar for high quality, great user experience, and strong technical performance,” Kacey Pahey, from Google Play’s developer marketing team, wrote in a blog post.

Visual Studio Code 1.22 now available
Microsoft has announced the march version of Visual Studio Code 1.22. According to the company, there are a number of significant updates in this version. Key highlights include: new hint suggestions, new code actions to convert to Es6 classes and modules; improved large file support; improved folding for CSS, HTML, JSON, and Markdown files; and organized JS/TS imports.