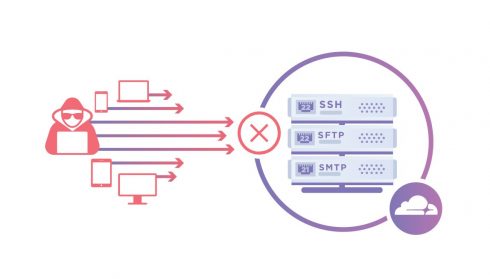 Cloudflare wants to protect anything connected to the Internet with the availability of Cloudflare Spectrum. Spectrum is designed to extend the company’s benefits beyond web protocols to protect and accelerate things like email servers, gaming servers, and IoT devices. Spectrum proxies traffic using any Internet protocol, and is able to accelerate everything across the global network of more 150 data centers and protect anything connected to the Internet from attack, according to Cloudflare.

“Cloudflare has always been focused on improving the Internet experience for users around the world, but until now, we’ve only protected and accelerated web protocols,” said Matthew Prince, co-founder and CEO of Cloudflare. “Spectrum represents a huge step in helping to build a better Internet, as we open the power of Cloudflare to protocols beyond the web.”

Google urges developers to update from GCM to FCM
Google has announced developers need to start upgrading from Google Cloud Messaging (GCM) to Firebase Cloud Messaging (FCM) within the next year. According to the company, FCM is the next evolution of GCM and will provide better and improved features. Similarly to GCM, FCM will feature the ability to send notifications and data messages securely to iOS, Android and the Web. New features will include an intuitive notifications interface, better reporting, and native integrations with other Firebase products.

“The GCM server and client APIs have been deprecated and will be removed as soon as April 11th, 2019,” Jen Person, developer advocate for Google, wrote in a blog post. “We recommend you upgrade sooner rather than later so you can start taking advantage of the new features we’re building in FCM right away.”

.NET Core 2.1 Preview 2 now available
Microsoft has announced .NET Core 2.1 Preview 2. According to Microsoft, the preview is available for broad testing and it is closer to the final build the is expected to be released within the next two to three months. The preview features long running SDK build servers to improve the performance of common development operations as well as a number of build performance improvements.

“.NET Core 2.1 is a big step forward from .NET Core 2.0,” said Rich Lander in a blog post. “We hope that you find multiple improvements that make you want to upgrade.”

GitHub celebrates 10 year anniversary
GitHub is celebrating 10 years since it officially went live this month. GitHub was launched with the mission to connect developers and make it easier to work with Git.

“In the last decade, we’ve evolved as a company and as a platform, but the reason why GitHub exists is fundamentally the same. What makes this platform special isn’t an idea or an invention. It’s the people using it—and GitHub is celebrating 10 years because of you, our community,” the company wrote in a blog post.