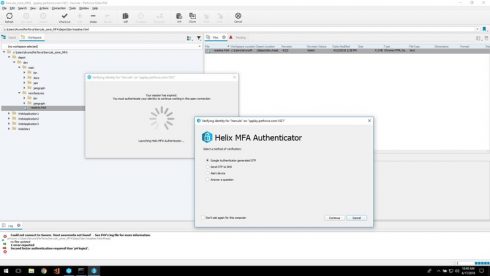 The company noted that according to the 2017 Verizon Data Breach Investigative Report, 81 percent of data breaches were the result of weak or stolen credentials. Multi-factor authentication can help reduce the risk and bring that number down, Perforce explained.

“Helix Core has always been one of the most securable version control systems because of its fine-grained access controls, high-visibility audit logs, strong password security, and secure replication,” explains Tim Russell, chief product officer at Perforce. “With this release, Helix Core now offers 360-degree MFA protection, adding to its distinction as the most securable version control system on the market.”

Google’s Project Treble is aiming to speed up delivery of new Android releases
Google has revealed an update to its technology Project Treble. According to the company, the technology has enabled it to bring Android Beta to more phones this year.

For silicon manufacturers, Project Treble has reduced the need to continuously invest in older silicon to support each release.  Google has gotten Qualcomm, MediaTek, and Samsung SLSI to co-develop BSPs starting with Android P, which means that their release schedule can be accelerated with less effort.

“This is an important step in accelerating the adoption of Android releases that bring numerous benefits to our partners, users, and Android developers. We look forward to seeing many more partners launch or upgrade devices to Android P,” Iliyan Malchev, Project Treble architect, wrote in a post.

GitHub announces beta of Checks API
GitHub has announced the public beta of the Checks API, which allows developers to get better feedback on their code. It allows for the creation of sophistication tooling for continuous integration, linting, and acceptance testing on GitHub.

According to the company, it will show more detailed reports, rather than just showing if a build passed or failed. It will also annotate code with detailed information and kick off reruns from with the GitHub interface. In addition, it will provide access to build outputs on pull requests via the “Checks” tab. It features integration with Travis CI and will soon integrate with CircleCI as well.

“Today’s announcement is just the start. We’ll continue shipping new ways for you to make the most of GitHub and build useful, powerful tools that work seamlessly with our platform. With easy access to an open ecosystem of applications, you can create fast and flexible workflows that help you focus on what matters most,” GitHub wrote in a post.