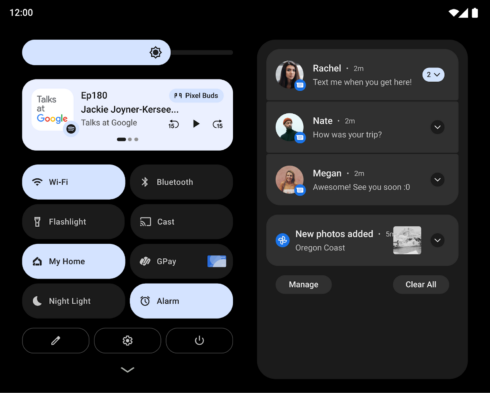 The Android Developer Summit is happening today and tomorrow, giving developers a glimpse into some of the new changes coming to Android development.

Some of the key highlights from this year’s summit include a developer preview for 12L, the introduction of Material You to Jetpack Compose, and a new Google Play certification.

Material You is a new design system in Android and it will now be available in Android’s UI toolkit Jetpack Compose. The Android development team is releasing an alpha of Compose Material 3, as well as a beta of Jetpack Compose 1.1, which will include features like stretch overscroll, improved touch-target sizing, and lazy layout animations.

Other new features in Jetpack that were announced include:

The Android development team also announced Compose support for Wear OS. The team hopes to bring more immersive app experiences to Android in the future, following the style of what apps like Strava, Spotify, and Calm are doing.

The new Google Play certificate will enable developers to improve their store listings, and the course and exam covers mobile marketing, common store listing violations, how to tell a story through store listing assets, tools for growth, and how to market to a global audience.