Bootcamps and MOOCs are picking up STEAM 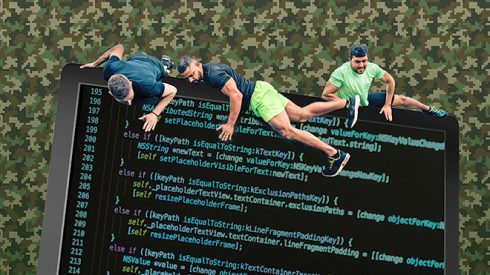 Coding boot camps and massive online open courses (MOOCs) are often called a “fast track” to well-paying tech jobs. The courses cost significantly less for tuition, and they run for three to six months on average. The average boot camp tuition is around $11, 874.

“Learners need transformative learning and valuable credentials at an affordable price, universities need access to a world of learners at low cost, and companies need a steady flow of talent with competencies necessary to drive their businesses. As a platform, we are creating a network effect, a virtuous cycle among all three parts of the ecosystem,” said Jeff Maggioncalda, CEO of online learning platform provider Coursera  in an interview with Forbes.

Leah Belsky, vice president of enterprise at Coursera, explained the process of how a MOOC can work alongside a company to effectively reskill the company’s workforce tailored specifically to its needs.

“We can come to a company and say ‘here are the skills that we recommend you invest in.’ The second thing we do is we’ve actually mapped these core skills to different goals and functions. So if you run a software development team or if you want to run a technology organization we can identify the courses based on the functions you have in your company,” Belsky said. “Then the third thing we do is we’ve built collections which are groupings of courses mapped to specific skills and goals that allow people to pursue these learning tasks and these collections.”

Coursera’s classes are mostly created by universities such as Yale and the University of London, but Coursera also offers courses that are created by industry partners such as IBM and Google. For example, Google created a certificate program on Coursera that can be applied for people who want to get a bachelor’s degree in Computer Science at the University of London, Belsky explained.

While some boot camps conduct their courses solely on their own premises, some options don’t require organizations to deplete their workforce for months on end while reskilling.

For example, Actualize is a 12-week software development boot camp that is available online and also in Chicago with both part-time and full-time options. Instructors with professional educational experience teach students full stack web development including Ruby, Rails, JavaScript, VueJS, SQL and Git.

Coding boot camps are only projected to grow in the near future. For example, Lambda School, the popular coding boot camp, recently raised a $30 million Series B, while Trilogy Education, another boot camp provider, was acquired by 2U, a company that builds online degree programs for universities, for $750 million.

MOOCs have also recently been picking up steam. In this age of borderless classrooms, the realization of these online courses has further improved the level of education delivery, even to those places that have been underdeveloped over the years due to lack of educational facilities.

The global market for MOOCs is projected to grow from $3.9 billion in 2018 to $20.8 billion in 2023. The unique value MOOCs provide over something like a boot camp is their scale.

‘What we’re actually seeing is that universities will incorporate some of the industry content into university programs to make them more relevant,” Belsky said.

Microsoft open sources a low-code programming language for all