GitHub Universe 2018 zeros in on the future of software development 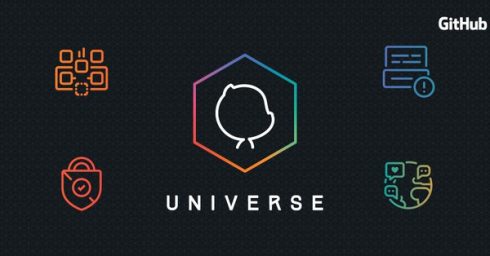 “Together, you are not only defining the future of software but the future of the businesses, industries, and communities that depend on it. The best work we can do supports you in this endeavor with a relentless focus on the developer experience,” Jason Warner, head of technology at GitHub, wrote in a post.

GitHub Actions, available now in a limited public beta, is a community-powered platform. It enables developers to connect and share containers for their workflow; and build, package, release, update and deploy projects in any language without having to run code. GitHub Actions was developed to empower developers to choose their developer tools, language and deployment platforms that make them the most productive and creative without having to get locked into tools or workflows.

“By applying open source principles to workflow automation, GitHub Actions empowers you to pair the tools and integrations you use with your own custom actions or those shared by the GitHub community, no matter what languages or platforms you use. Develop and share actions to automate any task your projects require, building on an ecosystem of options. Whether you need to package an NPM module, send an SMS alert, or deploy production-ready code to the cloud in parallel, you can create or find a GitHub Action for the job,” Warner wrote.

GitHub Connect aims to bridge the gap between business and open-source communities. It features Unified Business Identity, Unified Search and Unified Contributions. According to the company, this will enable developers to connect to GitHub’s public data and communities whether their business runs GitHub Enterprise or Business Cloud.

Unified Business Identity, in limited public beta, enables admins to unify the management of multiple Business Cloud accounts in order to manage billing, licensing, permissions and policies in a single interface. Unified Search enables developers to search public and private repositories on GitHub without having to leave GitHub Enterprise. With Contributions, developers can also get recognition for their work on their public profiles.

“This is pretty exciting news, as it highlights automation and digital transformation, being one of the most important topics for business these days.  It’s even affecting how development is being done. There has always been some aspects to automation during the development lifecycle. What GitHub is doing, is standardizing this across an entire platform that is being used by millions,” said Vadim Tabakman, manager of technical evangelism at Nintex. “Every part of the business needs to look at digital transformation and how best they need to adopt it.  Development, which some see as at the forefront of technology, can also be impacted by being left behind if they don’t innovate around their processes.”

In addition, GitHub released its 2018 State of the Octoverse, its annual statistics about its community. The report revealed more than 31 million developers are building on GitHub, more than 2.1 million organizations are using GitHub across public and private repositories, more than 96 million repositories are hosted on GitHub, and since launching security alerts last year the company has seen more than five million vulnerabilities alerts across open-source projects.