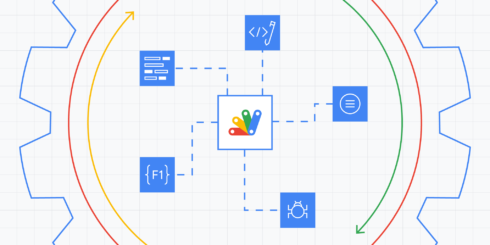 Google has announced it has redesigned its Apps Script IDE. Apps Script is a decade-old platform for automating Google Workspace apps. It lets users do things such as create menus in Google Sheets, manage responses in Google Forms, or create a Hangouts Chat bot.

Apps Script has gone through several evolutions over its lifetime, but the IDE has remained largely the same, Google explained.

“The previous version of the Apps Script IDE and code editor served us well, but the jump in productivity and an overall better developer experience awaits you with the new Apps Script IDE,” Charles Maxson, developer advocate at Google Cloud, wrote in a post.

The code editor has been updated to look and feel more modern, as well as to unify the design with the developer experience. It was designed with the goal of helping developers focus on their most essential tasks, the company explained. Changes include a move away from the traditional menu elements at the top of the code editor and a streamlined set of commands that focus on productivity. It now offers a menu system that is optimized for running and debugging code that is separate from the other project-related functions, which are now organized in the left-hand project navigation bar. Google believes these design changes will help simplify the platform and allow developers to narrow their focus to the core task of writing code.

There is also now a context menu that allows developers to do things such as locate variables, rename symbols, and reformat documents.

In addition, the rework introduces a Command Palette that provides access to all features, a new debugger that optimizes the UI for debugging steps and viewing the call stack, and real-timelogs, which display log results in the editor as they are invoked.

“Over the course of its history, Apps Script has constantly evolved to keep up with the ever-changing Google Workspace applications themselves, as new features are introduced and existing ones enhanced. Changes to the platform and the development environment itself have been more deliberate, allowing the wide-ranging Apps Script developer audience to rely on a predictable and proven development experience,” Maxson wrote.

Other recent changes to the Apps Script platform include a major update to the runtime engine earlier this year and the launch of the Apps Script Dashboard that provides access to all projects and settings.