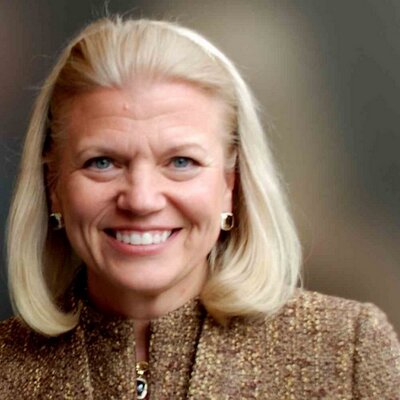 The IBM board of directors has elected a new CEO to lead it into “the next era.” The company’s senior vice president for cloud and cognitive software, Arvind Krishna, will replace Ginni Rometty as CEO. The switch will become effective April 6, 2020. Rometty will continue as IBM’s executive chairman of the board until the end of the year, at which point she will retire.

Rometty has been at IBM for almost 40 years, and served as chairman, president and CEO since 2012. According IBM, under her leadership the company acquired 65 companies and “built out key capabilities in hybrid cloud, security, industry and data, and AI both organically and inorganically, and successfully completed one of the largest technology acquisitions in history.” Additionally, she “built a $21 billion hybrid cloud business and established IBM’s leadership in AI, quantum computing and blockchain, while divesting nearly $9 billion in annual revenue to focus the portfolio on IBM’s high value, integrated offerings,” the company wrote in an announcement.

Rometty shepherded the purchase of Red Hat for $34 billion last year, with the help of Krishna, who the company said was a principal architect in the acquisition. “It’s a change in the order of magnitude—for us and our clients. It’s about bringing the skills and capabilities needed to carry out massive transformational projects. A lot of our mutual clients are interested in doing a lot more. Many see this as an opportunity for us to create large industry ecosystems with other providers who are optimized on this common infrastructure. The benefit for them is clear: they’ll be able to consume the technology in a much easier way,” Krishna said at the time.

“Arvind is the right CEO for the next era at IBM,” said Rometty. “He is a brilliant technologist who has played a significant role in developing our key technologies such as artificial intelligence, cloud, quantum computing and blockchain.  He is also a superb operational leader, able to win today while building the business of tomorrow. Arvind has grown IBM’s Cloud and Cognitive Software business and led the largest acquisition in the company’s history. Through his multiple experiences running businesses in IBM, Arvind has built an outstanding track record of bold transformations and proven business results, and is an authentic, values-driven leader.  He is well-positioned to lead IBM and its clients into the cloud and cognitive era.”

“Arvind thinks and executes squarely at the intersection of business and technology,” said Alex Gorsky, chairman of the board’s Executive Compensation and Management Resources Committee.  “He is an ideal leader to succeed Ginni and take IBM and its clients into the next chapter of the cloud and cognitive era. Jim has been a great addition to IBM’s leadership team. His considerable business and leadership skills will help IBM grow and flourish, and as President he will help Arvind and IBM continue to accelerate and scale the benefits of Red Hat, while ensuring that Red Hat also preserves its unique culture and commitment to open source innovation.”