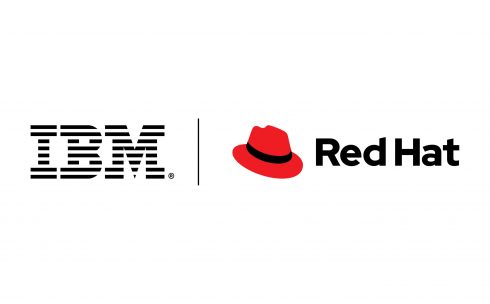 IBM today closed on its whopping $34 billion acquisition Red Hat, bringing together tools and expertise in their quest to become the world’s top hybrid cloud provider, while providing customers greater access to open-source technologies. But one thing is clear: Red Hat will remain Red Hat.

That’s the sentiment expressed by Red Hat CEO in a letter to Red Hat’s employees. He wrote: “Since we announced the acquisition, I’ve been having conversations with our customers, partners, open source community members and more Red Hatters than I can count… What struck me most from those conversations was the passion. It’s passion not just for a company, but for what we do and how we do it—the open source way. That’s not going to change.” Nor will Red Hat management, the open-source projects it manages and contributes to, or its commitment to community, he explained.

What does remain to be seen is how IBM embraces this new culture of openness and community. At the Red Hat Summit in May, IBM CEO Ginni Rometty said in effect that IBM will be hands-off, leaving Red Hat management, brand and its offices in place.

The deal will enable Red Hat to leverage IBM’s large, worldwide reach to drive its open-source technologies, while IBM gains access to a devoted community of engineers building out cutting-edge, cloud-native technologies.

In a Q&A posted on the Red Hat website, Arvind Krishna, senior vice president, IBM Cloud & Cognitive Software — the division in which Red Hat will reside — said IBM will be increasing its investment in open source, and optimizing IBM’s products to run on Red Hat. He also mentioned opening up the platform to other open-source projects.

The opportunity in the hybrid cloud space is large, as cloud adoption increases in complexity. There are some workloads that organizations will run in the cloud, and others they will keep on-premises, but with the same cloud experience and capabilities.

In the Q&A blog, Red Hat president of products and technologies Paul Cormier wrote about the challenges companies face today. “When cloud first came on the scene, companies were told that every application would move there as early as tomorrow. That was more than 10 years ago. However, industry analysts point to the enterprise world as being about 20% there. One of the reasons for this is because the cloud has become an increasingly complex environment to manage…  And so, as customers want to span clouds, they’re realizing now that they have to have four or five different islands of technology stacks that developers have to develop for, and that operations people have to operate. That’s really unsustainable from a management perspective.”

The goal, then, is to provide products that can run wherever customers want them to. The combined company is working to provide that through the combination of Red Hat’s cloud-native technologies (Linux containers, Kubernetes management and more) and IBM’s database and artificial intelligence solutions.

But, to allay fears in the open-source community that Red Hat would somehow go away, Krishna said. “Red Hat is going to stay neutral. Let’s be extremely clear about that. For this to be successful it is key that products can run anywhere that clients want them to see. Guaranteeing access to the broadest possible ecosystem is what enables true choice for customers. It’s in everyone’s interest to let Red Hat be Red Hat.”