Industry Watch: Good ideas are lost in the process 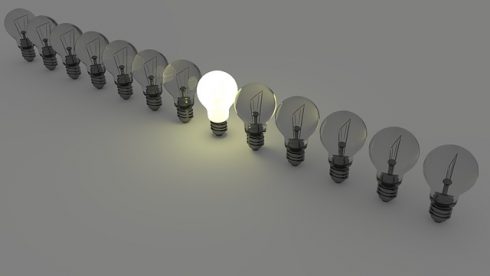 My career began in general circulation newspapers. Today, these organizations are facing digital transformations, and are feeling the pain of adopting new tools, creating new processes and workflows, and changing the culture of journalists. (We know most people dislike change; grizzled, curmudgeonly writers and editors especially hate change.)

Friends throughout that industry tell me that they’re having to wrestle with multiples systems that don’t play well with one another – one for online publication, another for producing print and digital editions of the papers – and the longtime editors and reporters, who cut their teeth on hot type and later electric typewriters, are feeling devalued as the next generation of digital-native journalists come in undaunted by the technology. Today, they say, editors who can navigate the systems and get the stories out quickly are more prized than those who recognize flaws in the content, because today, you can publish, wait for user feedback and correct almost instantly.

This type of transformation is playing out in every industry. And, while processes such as Agile, Lean manufacturing and DevOps are designed to get product out more quickly, organizations are finding that the process is leading the way, not the creative side. Working more quickly and efficiently should result in more time to innovate, but somewhere, the creative side is lost in the process.

“People are so beholden to process that ideas become secondary,” Compuware CEO Chris O’Malley told me at the recent DevOps Enterprise Summit 2018 in Las Vegas. In most large companies in the software industry, project management – the folks who come up with ideas to differentiate the company’s products – are still subservient to engineering. “You need to blow that up,” he said. “You need to make them equal.” That, he said, is how you’ll move to be able to create experiences that are different.

When it comes to product management and development process, the teams need to be more like John Lennon and Paul McCartney, he said. They clash, but in doing so make each other better. “That’s why it’s not Lennon and Pete Best,” he said, alluding to the fired “fifth Beatle” to illustrate the importance of the two sides being equals.

Jeff Bezos and Amazon are hurting many businesses, to the point of putting quite a few out of business altogether. But the thing of it is, O’Malley said, is that he’s giving his secrets out. He’s telling people exactly what he’s doing, in plain speak.

“Be customer obsessed,” O’Malley said, using the Bezos mantra. “Assume they are always dissatisfied, that they always want something better. Then you have to close the gap between what the customer wants and what you’re delivering.”

But to motivate workers to buy in to the transformation, you need better messaging to your teams. “You can’t change people with wonkiness,” he said. “You need to tug at their heart stings.”

Meanwhile, leaders have to be decisive, and the resilience that Agile and DevOps provide can mitigate the downside risk of those decisions. “Decision-makers are afraid of taking the company into a cul de sac they can’t turn around from,” O’Malley explained. If they aren’t using processes designed in the digital age, and they go down a path they can’t turn from, they lose the ability to compete with digital-first companies such as Amazon.

Compuware, of course, is a mainframe company that has had to teach COBOL programmers new interfaces and DevOps pipelines to keep apace with the changing world. The mainframe virtues of pervasive security, compliance enforcement, scalability and resiliency are just as key – if not more so – in the digital age.

It’s clear that the reports earlier this century about how the mainframe would die out when all the COBOL programmers retired. At Compuware, O’Malley said the younger programmers, who are digital-native, are taking to the language easily, and are stepping up to take leadership roles in the company. The older programmers are also adapting to the new ways, and are valued for their institutional knowledge.

So mainframes are finding new life in the digital age. But the tools, O’Malley said, “just can’t look like they’re out of a NASA movie from the 1960s.”

How to cultivate an innovation vs. invention mindset

Iterations are the currency of software innovation