JetBrains launches Code With Me EAP for distributed collaboration 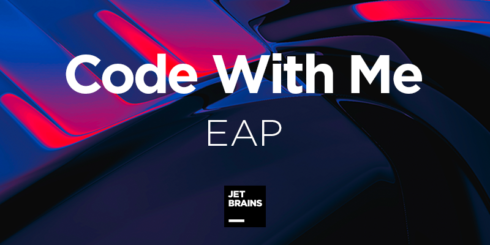 JetBrains has announced an early access program (EAP) for its Code With Me tool. Code With Me is a service in IntelliJ IDEA that allows developers to share open projects in the IDE with distributed team members.

Using Code With Me, team members will be able to quickly access others’ code to help investigate issues, review, and work on your code together. Other IntelliJ IDEA features like code completion, smart navigation, refactoring, the built-in terminal, and the debugging suite, are all available while using Code With Me.

Example use cases for Code With Me include pair programming, mentoring, and swam programming, which is when developers simultaneously code together in a single IDE, JetBrains explained.

Currently, 20 developers including the host can participate in a single session, though active code editing is limited to five participants at a time.

To participate in the EAP, developers can install the Code With Me plugin through the JetBrians Marketplace to the latest version of any JetBrains IDE.

According to JetBrains, Code With Me is expected to be released with one of the upcoming major releases of JetBrains IDEs, though a date has not yet been set.

code with me, JetBrains, programming