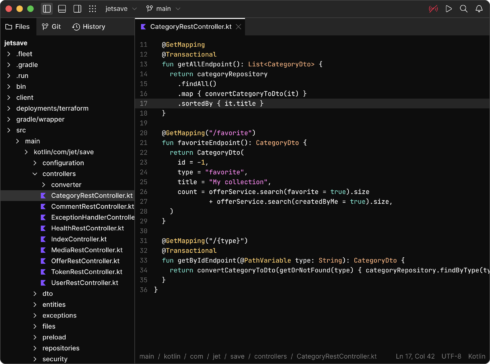 JetBrains has unveiled a preview of its new lightweight IDE, Fleet. The new IDE is built to be simple and smart so that developers can get started with it without too much additional configuration required.

Fleet is a polyglot editor, meaning that it can be used as a single IDE for all languages, rather than making developers open a different IDE for each language they use. It currently supports Java, Kotlin, Go, Python, Rust, and JavaScript. The company plans to extend support to cover PHP, C++, C#, and HTML, which are the remaining languages that have IntelliJ IDEs.

“Developers often use a variety of technologies, not only across different projects but also within a single project. At JetBrains, we’ve always strived to leverage the knowledge of the environment you’re using, which is why all of our existing IDEs are based on the same core platform,” Hadi Hariri, VP of developer advocacy at JetBrains, wrote in a post.

For simple tasks, Fleet can be up and ready within a second, and for larger tasks, developers can launch Fleet’s full-on environment to gain access to the IntelliJ code-processing engine for code completion, navigation to definitions and usages, refactorings, on-the-fly code quality checks, and quick fixes.

In addition, Fleet offers a collaborative environment so that developers can work together. Collaborators can be invited to work together, edit and debug code, and perform code reviews. It supports a number of remote work scenarios and can be run locally on the developer’s computer, in the cloud, or on a remote server.

“What we’re going to provide with Fleet is a different experience for those who sometimes just want an editor but also want a fully-fledged IDE, those who want to use a single tool as opposed to specialized ones, and of course for those certain scenarios that some of our existing IDEs may not cater for when it comes to distributed development,” Hariri wrote.