Losing command and control…and living with it! 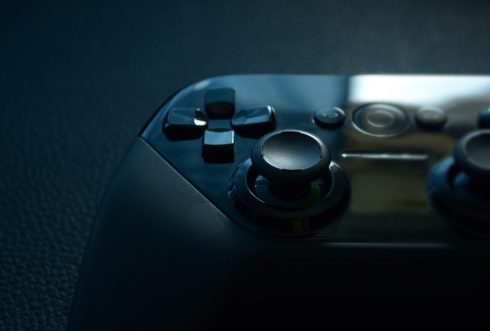 There’s a saying that goes, “Developers don’t want to miss the boat, and operations don’t want to sink the ship.” But for organizations to create value streams to observe their operations and eliminate waste while driving efficiencies, they might have to yield some control.

ConnectALL’s Lance Knight recalled his time as a Novell network administrator, who required requests in triplicate—from the requester, his boss and HIS boss —before granting access to files. “That was a whole other time of IT command and control that kind of took over for a while, and you’ve got to get rid of that from an IT operations perspective, and think about how you’re trying to support the business, not control it as much.

“IT thinks of themselves as process enforcers, rather than the enablers,” he continued. “If you didn’t groom the backlog right, we’re not doing anything with it. That kind of stuff. I remember being that guy, that IT enforcer. You guys are spending the wrong time on what you’re supposed to do on this PC out on the shop floor, so I’m going to turn it off at your lunch hour from now on. Right? An enforcer. They’re used to having that power. They have the passwords, security. ‘I have the admin passwords for the HR system, I know what all you guys make, I am special!’ ”

RELATED CONTENT:
Gently down the value stream
Creating a value stream map
How does your solution help organizations on their value stream journey?
A guide to VSM tools

Plutora’s chief marketing officer Bob Davis said, “As you go from command and control, old-school process to the newfangled world of Agile and smaller bites released more frequently, you have to be able to collaborate. And one of the things developers like to do less of is collaborate. If the system can provide the KPIs, if the system can allow them to collaborate silently, in effect, by alerting dependent systems, dependent development processes, etc., automatically, because the system is plugged in and understands the relationships and notifies or alerts the relevant parties … anything that’s happening, to the extent that can be automated and served up into a system, the better you are.

“I think that that’s the promise,” Davis continued, “and as we go down the future and say OK, what happens next, you start to get better machine learning and the processes get even more intelligent relative to how to weave in security, how to weave in compliance, in a more automated kind of parallel process way, without having that ‘oh shit’ moment where you go, ‘I didnt do that.’ Any of those things that are made possible are real advances in the world of software development, and that’s what value stream promises.”

The key question is, how do you bridge the gap from command and control and the highly autonomous, self-led teams? In other words, ‘How do you get to Amazon?’

According to Plutora’s Jeff Keyes, the answer is value stream management. “You have to go through the process of understanding, here’s our value stream from beginning to end. Then you start to break that down, you have to start integrating your tools and bringing them together. Third, you’ve got to add a layer of orchestration across it so you can incorporate these things, because that reduces your time to delivery. Fourth, as you’re measuring the time that things are going, now that you’re orchestrating it, you can start to see a path of, ‘well, these checks, I can automate these, because that will improve my delivery performance,’ and it brings the team in so that they’re bought in. Do you still have command and control? Not in the same fashion, but they’re acting as coaches in compliance and ensuring that the right things happen, even in these automated pipelines. What about audit? How do you make that happen? Well because it’s all happening there, and all that data is rolling back into a value stream management platform, audit is easy. You can verify that the right things happen.”

Tasktop’s Carmen DeArdo said control gets baked into our objectives and our incentives. “I work with people whose complete incentive was around stability of production. They had no skin in the game to go faster but you’d think they could think a little more broadly about, OK, well, we’ll just never release another feature. We won’t be in business very long, but we’ll protect production, maybe. That’s what led to DevOps. Everybody has to have skin in the game to be aligned with goals. It’s not just deliver business value, but protect it and improve it. The product model is better at protecting because it elevates risk to be a first-class citizen rather than everything being subservient to features, and it’s the same with process.”