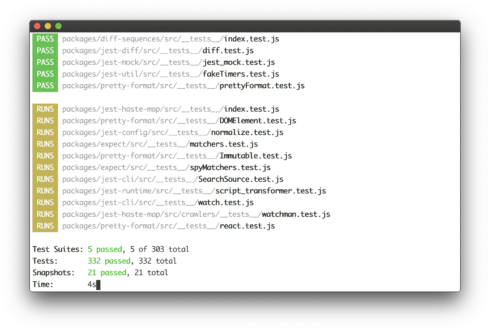 Meta Open Source has announced that Jest, its open-source JavaScript testing framework, is officially being transferred to the OpenJS Foundation. According to the company, this comes as an exciting next step as Jest continues to mature as an open-source project.

This open-source project serves to enable developers to write high performance tests with little configuration and an easy to use API. Created in 2011, Jest has received user ratings over 90% in multiple different surveys, including State of JS.

The increased complexity that came with Facebook’s chat feature being rewritten in JavaScript created a need for a fast, test-driven development cycle, and Jest was released in response to this need.

It was open-sourced in 2014 and maintained part-time by Meta engineers until 2016 when former Meta engineer and current core contributor to Jest, Christoph Nakazawa, overhauled the project.

In 2018, Meta announced a new Jest open collective in order to support non-Meta employees that were developing and maintaining Jest. Since then, almost all of the contributions made to Jest have been made by the open-source community.

This has ultimately led to the decision to transfer ownership of the project to the community itself.

In the coming months, Jest will go through the OpenJS Foundation’s incubation program checklist. This entails transferring the Jest domain, repo, website, and other assets to OpenJS  as well as updating the code of conduct and contributor license agreement.

This move will not alter the way that Jest is developed or released and it does not have any direct effect on developers currently using Jest to test their applications.

A project charter will also be published and new governance policies will be created to document the process for gaining commit access, as well as the leadership selection process.