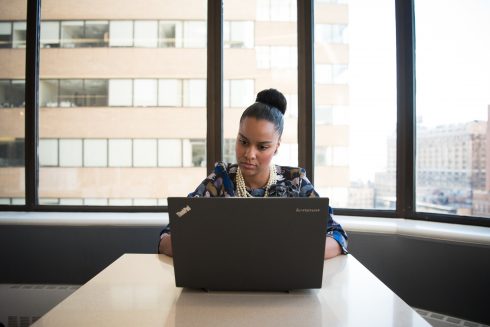 Despite C++’s downward trend on the TIOBE Programming Community index since 2001, the language’s fall from the coveted top two slots in 2020, vociferous and persistent claims that C++ is “dead like COBOL,” and the inroads the Rust is making in developer circles – C++ is still as viable, vital and relevant as ever.

There’s no arguing with the language’s ongoing popularity. The numbers are clear in the June 2021 TIOBE index – C++ is the fourth most popular programming language on the planet, grabbing almost 7.5% on the index, and nipping at the heels of C, Java and Python. While it’s true that this is a drop from the language’s TIOBE peak of nearly 18% in 2003, C++’s popularity remains undeniable.

How and why can a programming language standardized nearly a decade before the first iPhone was released remain relevant in the age of cloud and high-performance computing? Let’s take a look…

What are the core reasons behind C++’s continuing mass-market relevance? Performance, speed, maturity, and more:

It’s true that there is also a strong element of legacy usage powering the continued relevance of C++. Many C++ projects that started decades ago (or projects that started in C++ precursors like C) are still running today. And we’re not talking about trivial stuff. For example, UNIX, Oracle’s MySQL, the Linux Kernel, Microsoft Office, Microsoft Visual Studio, and even some of Apple’s OS X – all were written in C++.

Yet beyond legacy projects, C++ dominates much of today’s greenfields (new development projects), as well.

C++ is the predominant language of gaming – powering the Unreal Engine and many of today’s biggest and most popular games. C++ also dominates IoT, defense software, and manufacturing applications – pretty much everything that’s considered real time is in C++.

C++ is also still used for new development in performance-intensive workstation applications like CAD/CAM software or compute-intensive server-based applications like high-frequency trading. It’s used for virtual machines, device drivers, runtime interpreters and tooling. C++ also does the heavy lifting in developments of AI-driven applications, and remains a core part of Google’s Android OS. And the list goes on…

C++ in its fourth decade is only gaining in popularity. Newer languages like C# and Java will continue to lead the market in the years to come, yet C++ will remain right alongside.

C++ is a powerful and continuously-evolving language that helped and continues to help create the foundations of computing as we know it. With its next update set for 2023, a massive developer community, and huge knowledge base – not to mention best practices, external libraries, components and tools that would take decades to mature in newer languages – C++ is too entrenched in modern computing to fade away. View all posts by Dori Exterman