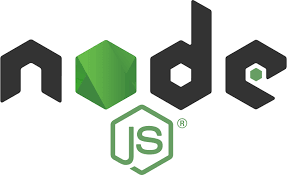 The latest version of the JavaScript runtime Node.js is now available.  Node.js 18 includes an update to the V8 JavaScript engine, global fetch enabled by default, and a core test runner module.

The V8 engine has been upgraded to version 10.1. This latest version is part of Chromium 101. Upgrading to this latest version unlocked features like the findLast and findLastIndex array methods, improvements to the Intl.Locale API, the Intl.supportedValuesOf functions, and improved performance of class fields and private class methods.

The implementation for global fetch is based on undici-fetch. The team is working to make the implementation as close to spec compliant as possible, but since it requires things not present in backend networking, certain aspects of the spec were omitted. Currently the global fetch API is experimental and will remain so until more test coverage can be added.

“Node.js 18 will enable the Fetch API as a default. It’s been available since Node.js 17, but this moves forward Node.js application development, and it’s exciting to be a part of the process of improving Node.js in key fundamental areas,” said Michaël Zasso, Scientific research software engineer and co-founder at Zakodium and member of the Node.js Technical Steering Committee. “I would like to thank multiple team members and contributors, and in particular I would like to thank users who push us and support us. Thank you!”

The test runner module creates JavaScript tests that report results in TAP format. This module is currently only available under the node: scheme.

Node.js 18 will be the current Node.js release for the next six months and will be promoted to Long-Term Support in October 2022. At this point the release will be renamed with the codename Hydrogen and will be supported until April 2025.

“The Node.js team continues to do fantastic work. The open governance structure for Node.js has led to tangible improvements in security and forward-thinking planning, and the main features of Node.js 18 will be highly valuable to enterprises of all sizes,” said Robin Ginn, executive director of the OpenJS Foundation. “Whether you’re a new user or already have Node.js broadly implemented, now’s a good time to install and test Node.js 18.”