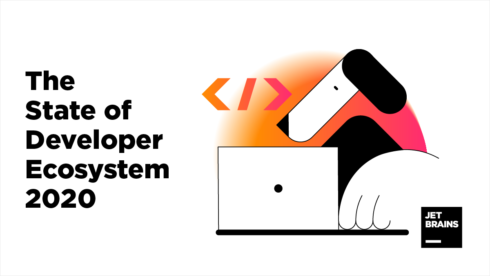 Now it seems Python may have finally crossed the finish line. JetBrains has revealed its 2020 State of the Developer Ecosystem report, which found that while Java is the most widespread primary language, Python surpassed it in the list of languages used in the last year. The report is based on more than 34,000 developer responses.

According to the report, it is the most studied language, with 30% of respondents starting or continuing to learn Python in the last 12 months.

Python is also one of the top three languages developers plan to adopt or migrate to, accompanied by Go and Kotlin.

Digging deeper into Python, the report found Python 3 is the most used version of Python with 93% of respondents using Python 3. Compared to its 2017 results, 44% of developers were still using Python 2, however that version is no longer being maintained as of 2020. For the 7% still on Python 2, they are using it for system administration and infrastructure configuration.

In general, the top use cases for using Python include web development, data analysis, and machine learning.

Looking at the other two programming languages developers plan to adopt, most Kotlin developers are still targeting Android or the JVM. The most targeted versions include JDK 8 and Android 9.0 Pie. The top use cases for Kotlin include mobile, web back-end, library, framework and tooling. “Kotlin is tremendously versatile. It can be used for mobile, web, server-side, desktop, and even embedded systems development. Thanks to its mechanisms for sharing code, you can easily create multiplatform libraries and applications that work on multiple platforms,” the report stated.

Other keys findings of the report included:

This year’s report also looked at the lifestyle of developers. Some of the findings here included most developers start working before noon, spend at least 32 hours coding a week for their job, and spend 3 to 8 hours a week working on personal and side projects.