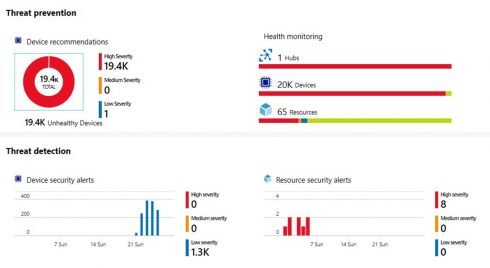 Microsoft announced the general availability for the Azure Security Center for IoT to protect the growing number of IoT deployments.

According to IDC, IoT deployments will continue to grow at double digit rates until IoT surpasses $1 trillion in 2022.

“Organizations can monitor their entire IoT solution, stay ahead of evolving threats, and fix configuration issues before they become threats,” Michael Braverman-Blunmenstyk, CTO of cloud and AI security at Microsoft, wrote in a post.

The company calls itself the “Switzerland of computing,” enabling companies to tap into innovation by migrating their workloads out of data centers and into the cloud.

“We believe that code is the highest-leverage way to improve humanity, and we have an opportunity to help companies ship better software, faster,” Armory wrote in a post.

CodeStream approved for Slack
Slack reviewed and approved CodeStream for deployment through their app store.

CodeStream allows developers to share any code block in context right from their IDE, with any questions or comments attached. Once formatted, it will flow instantly to Slack in a with a link to take users directly to the code it refers to.

Teammates can then reply in Slack or in CodeStream and the reply will become part of the thread that is permanently linked to the code in question, CodeStream explained in a post.

Bootstrap announced that it is now introducing its Long Term Support plan that aims to strengthen the stability and frequency of releases.

Each major version of Bootstrap will receive at least 6 months of support after it is retired, followed by six months of bug fixes and security updates, according to a blog post by the company.

While Bootstrap 3 is moving to end of life, Bootstrap will move to Long Term Support after the version 4.4 release, and Bootstrap 5 is under active development.